Everyone knows serotonin as the body’s “happy chemical”. What you might not know, however, is that it serves a number of other functions in the body. In fact, only five percent of the serotonin in your body is produced in the brain. Keep reading to find out more about this chemical’s role in the body and why you should keep an eye on your serotonin levels. 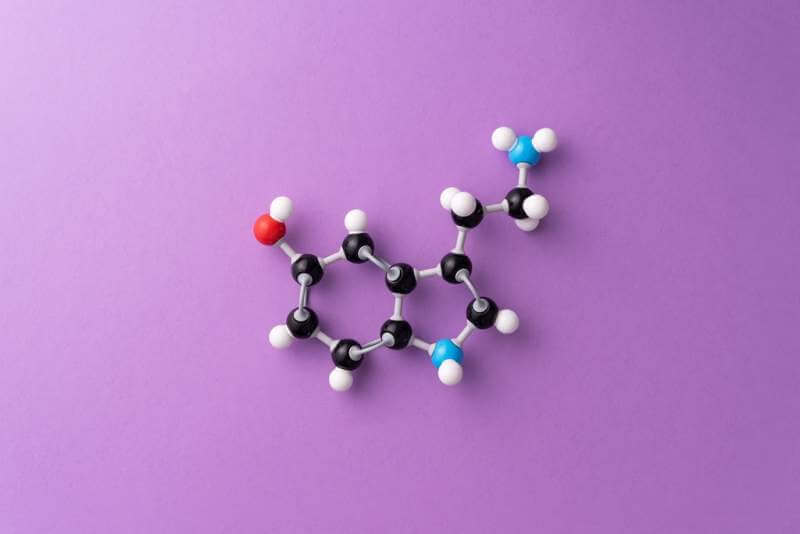 Serotonin is a neurotransmitter that plays an important role in many of the most important functions of the body. This powerful chemical is commonly known today for its role in mood support, but it can also aid in digestion and appetite, affect sleep cycles, and more.

The 95% of the serotonin that isn’t produced in the brain all comes from a single other source: your GI tract. This chemical is heavily produced in your gastrointestinal lining, where it helps regulate intestinal movement to aid in proper digestion and bowel function. There are also ways to boost serotonin that can help people greatly because of how important it is.

Although the role of this neurotransmitter isn’t completely understood, it is well-proven that serotonin deficiency can lead to a variety of mental and physical health issues. This deficiency occurs when you don’t have enough serotonin activity in the body. There are many causes of this, as well as a number of psychological and physical symptoms that may be experienced.

Why You Should Be Monitoring Your Levels 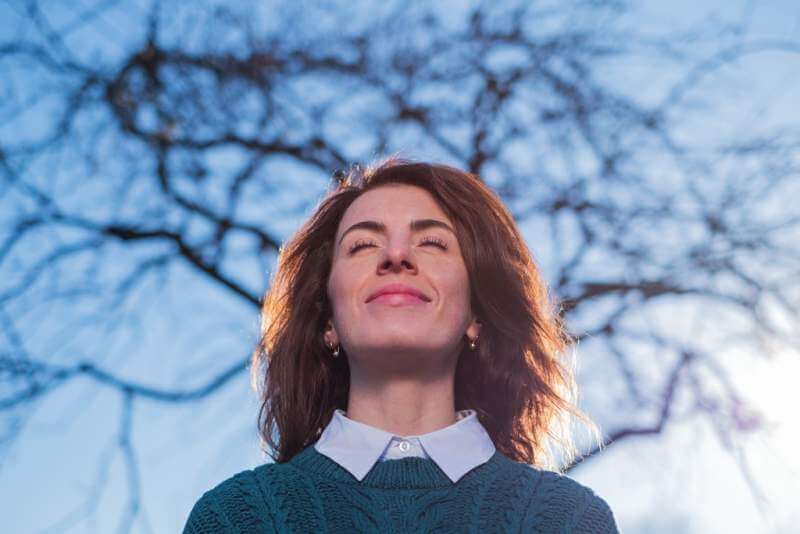 As we’ve mentioned previously, serotonin is known to be linked to a positive mood and healthy state of mind. Although the direct correlation is unknown, studies have shown a link between low serotonin levels and increased risk of depression and anxiety. 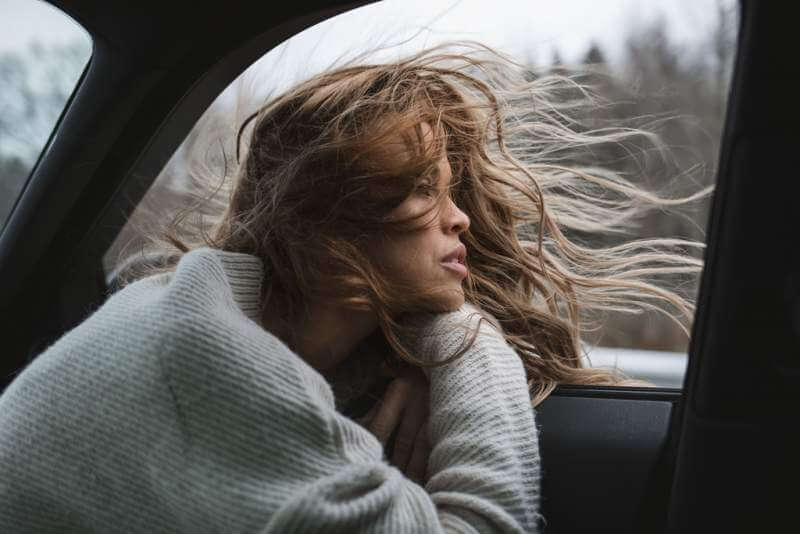 If you have been diagnosed with these conditions, having properly balanced serotonin levels can help fight them. Many medications designed for depression and anxiety work by affecting serotonin levels or activity in the brain, which is why they are effective. 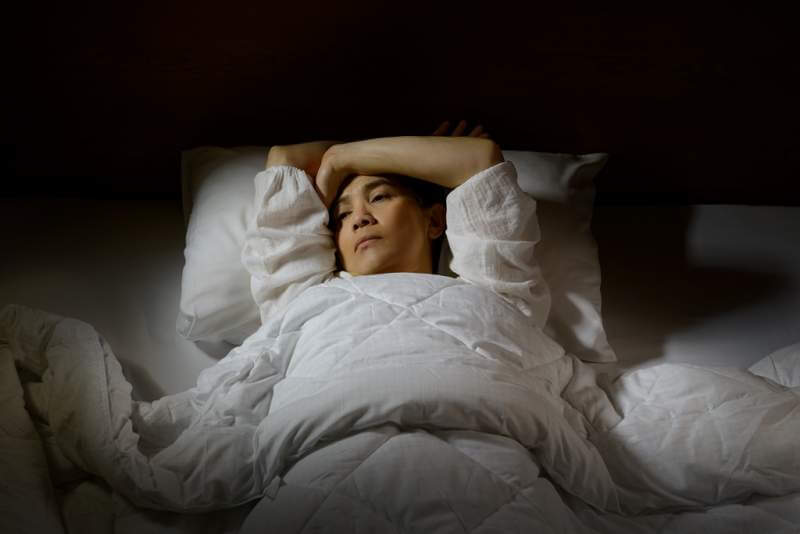 If your body is anxious or your mood is unbalanced, you aren’t going to be able to relax. This could lead to insomnia, or at least a lot of restless nights. Depression makes it difficult to fall asleep. Anxiety makes it difficult to stay asleep. If you have low serotonin levels or activity, you might be experiencing one or all of these symptoms. 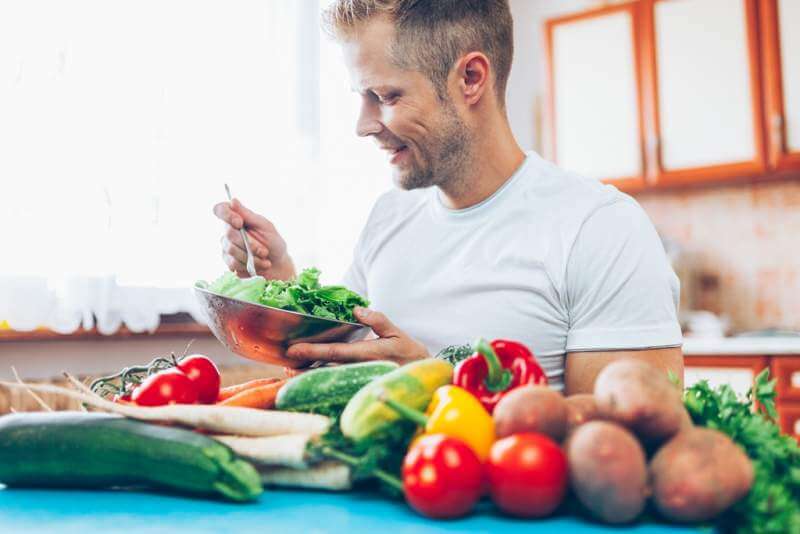 Since the majority of the body’s serotonin is produced in, and used by, the digestive system, it makes sense that low levels could affect your digestive health and diet. Poor appetite and poor digestion are common symptoms, which can also lead to irritability, fatigue, and overall depressed mood. 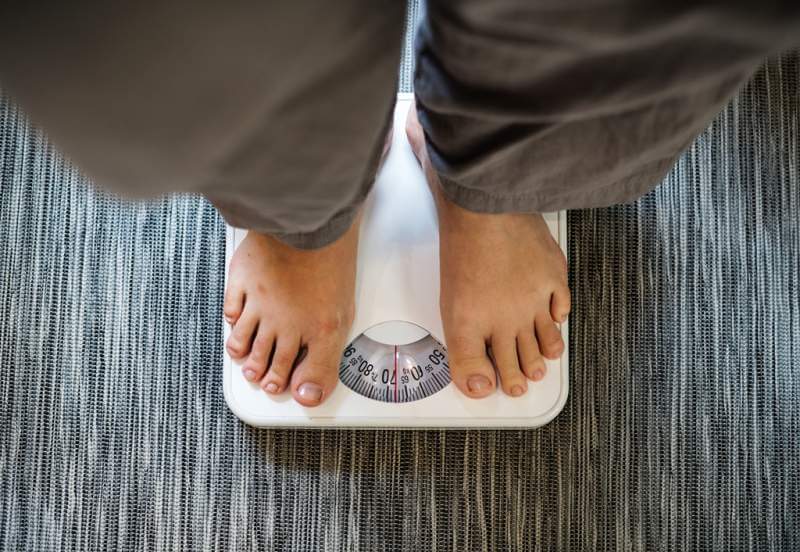 Generally speaking, the symptoms of low serotonin are pretty unpleasant. While not unbearable, they include uncomfortable issues like:

This is in addition to mental or emotional symptoms like depressed mood, feeling anxious, restlessness, loss of appetite, insomnia, and related issues. By monitoring your serotonin levels you can easily rule this out as a cause of your discomfort and get to the root of what is going on. 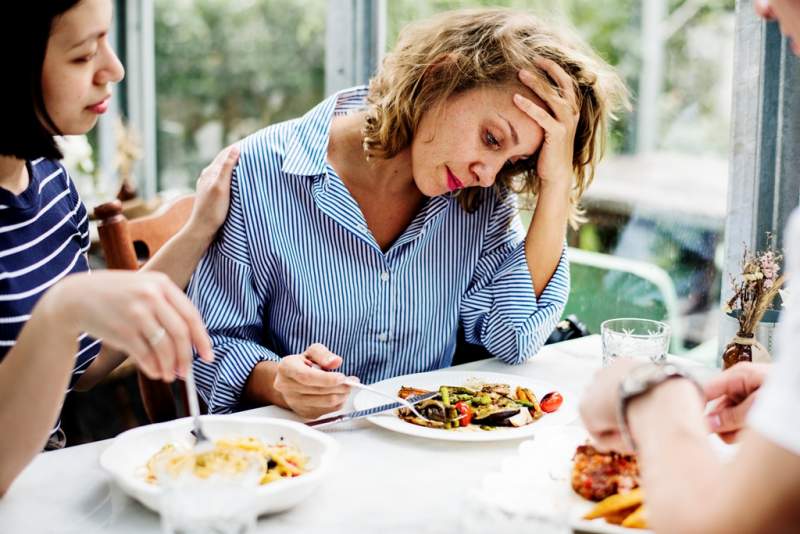 Again, research is limited, but the body’s serotonin levels may also be associated with other psychological conditions. Because this chemical works to transmit signals in the brain, it can affect and be affected by a lot of elements. Common mental health conditions associated with low serotonin include:

If you suffer from these conditions, just as with anxiety and depression, monitoring your levels could be a great benefit to your mental health. 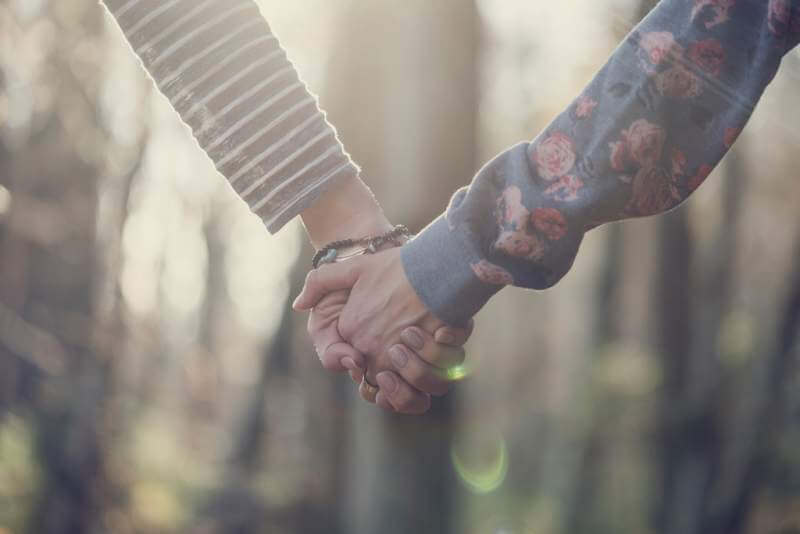 In studies, it appears that serotonin can actually affect the body’s sexual activity. While medications prove effective in boosting serotonin levels, many people taking these medications report a variety of sexual dysfunction symptoms and issues. In fact, as many as 70% of those who have taken medication for depression reported some kind of side effect related to sexual dysfunction. 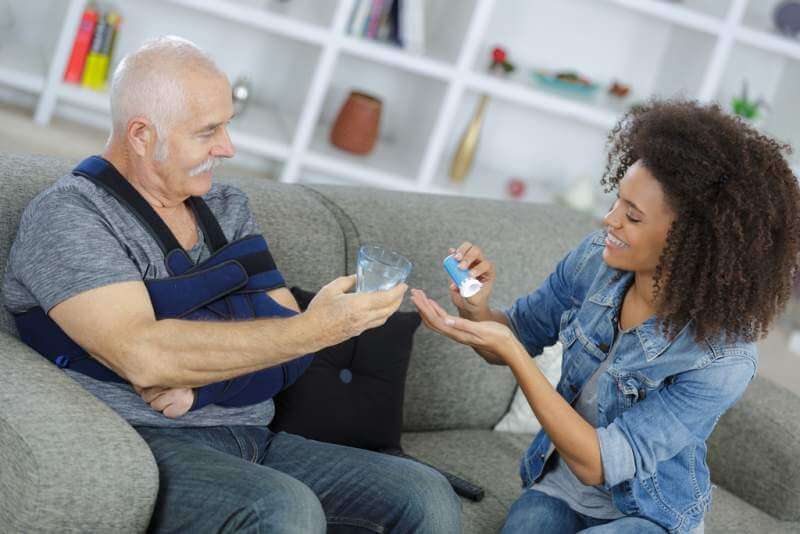 Those who are already taking antidepressants or other serotonin-affecting medications may need to monitor levels to ensure proper dosing. While these medications can be effective at increasing levels, they aren’t necessarily designed to create a perfect balance. Monitoring on your part may be required.

An imbalance or low level of serotonin in the brain can also lead to excessive anger and aggression. Typically more common in males, this is similar to the depression response. The body requires serotonin to regulate emotions like anger and positive mood. Without it, the body’s emotions lose control. 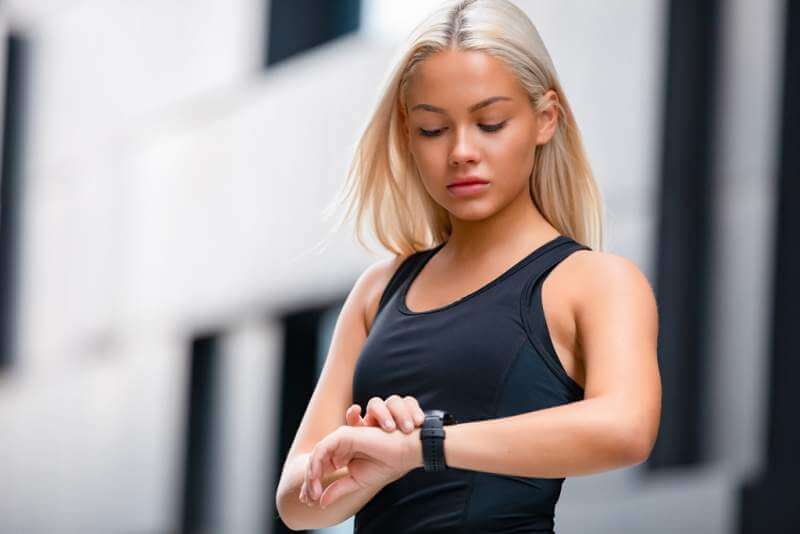 This is also known as toxicity, and can occur when someone takes two serotonin-enhancing medications at once. The result is excessive stimulation of the receptors and the central nervous system, which can lead to excessive nerve activity.

While only 2-12% of cases are life-threatening, toxicity is still a serious issue. Symptoms include things like confusion, increased heart rate, sweating, high fever, shivering, headaches, and even seizures or unconsciousness in severe cases. The body’s levels need to be lowered as soon as possible to rectify this situation. 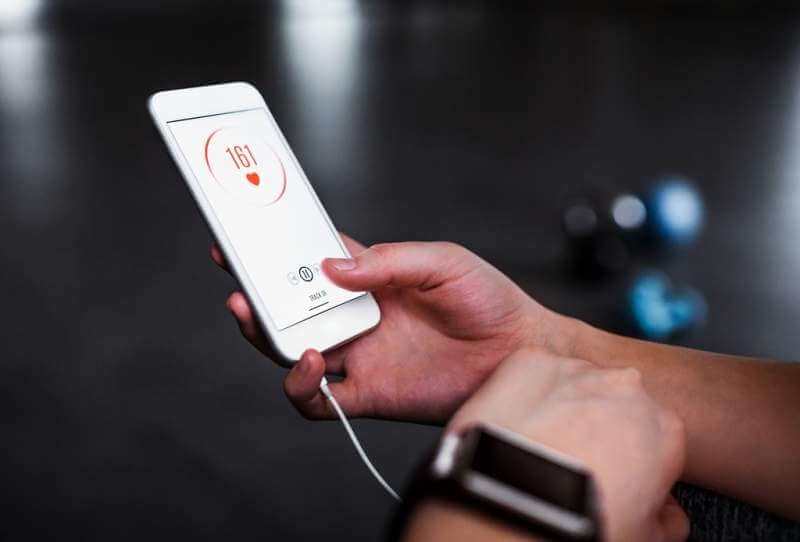 Aside from SSRIs (Selective Serotonin Reuptake Inhibitors, the most common class of antidepressants), there are many options for boosting the serotonin in your body. From diet changes to alternative therapies, there are solutions available regardless of the reason for the deficiency in the first place.

Exercise: Research has shown that engaging in physical activity releases positive chemicals in the brain and helps improve the production and release of serotonin, specifically.

Mood Induction: It is thought that if the relationship between serotonin and mood goes both ways, this could be a positive solution. Mood induction involves altering your thoughts and moods to put yourself in a better place. This can be done individually or with psychotherapy.

Light Therapy: This is already a common treatment for Seasonal Affective Disorder. Bright light exposure has been shown to assist in improving mood by increasing Vitamin D levels, and may also assist with improved serotonin production and reception.

Diet: It is believed that foods containing tryptophan may be able to assist with mood support due to their ability to assist with increasing serotonin levels. There are also supplements that contain serotonin that are available for purchase. Research in this area is ongoing, as well.

As you can see, a lack of serotonin can have a lot of negative implications on your mental and physical health. Although there are still many questions about exactly how this chemical works in the body, there is a lot of useful information about how to keep it properly balanced for optimal brain and body health.

People who think they may have a serotonin deficiency should talk to their doctor right away. It also won’t hurt to try spending some time outdoors, going for a walk, or adding certain foods to your diet. If things improve, further intervention may not be necessary. You should always seek medical advice before taking supplements or prescription medications to boost your serotonin levels.