For most people, everyday life comes with its fair share of stresses. It’s no secret that many people flock to yoga to help them find their zen. Between the encouragement of teachers and community of fellow yogis, calming music and poses, and the ever-relaxing Savasana, yoga helps many people wind down and release from tough times. 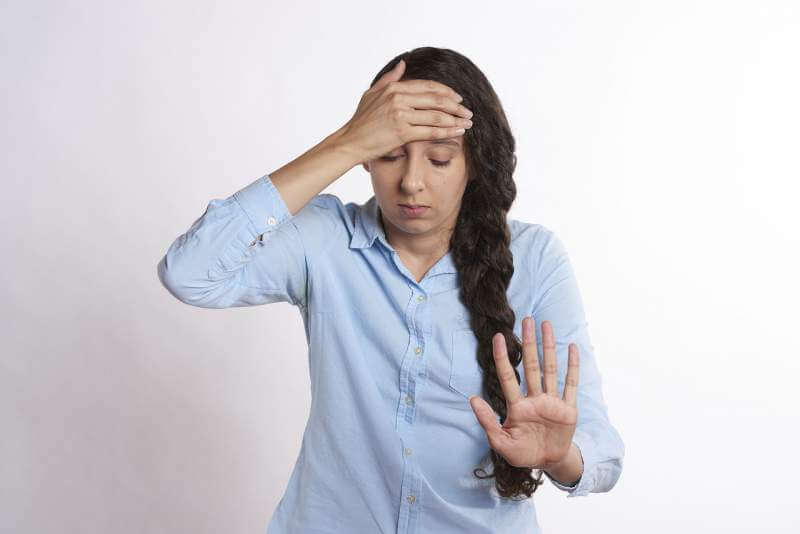 Anyone who’s practiced yoga can attest to the shift in their mood after they spend an hour, or even just a few minutes, presently practicing the Asanas on their mat. In addition to the physical changes that one may experience, there’s plenty of (arguably more important) internal benefits that arise from a yoga practice. But, does yoga actually have the ability to help those experiencing depression? 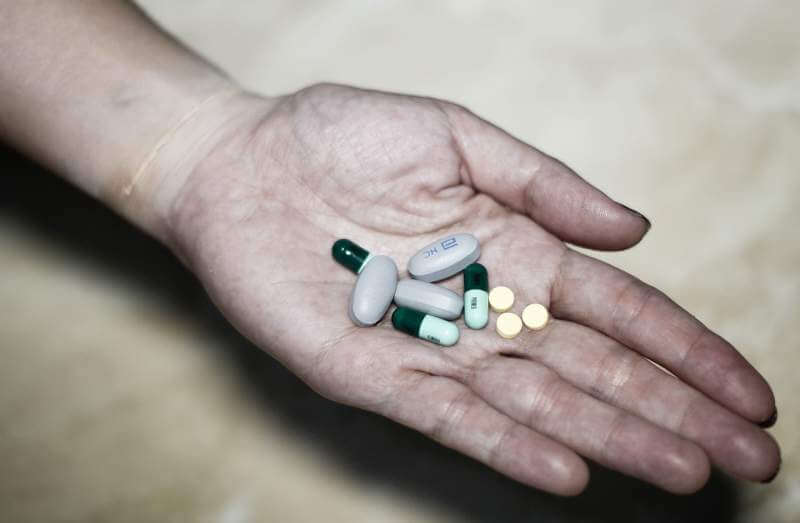 Depression impacts millions of people worldwide. In the United States alone, over 16 million people are affected by depressive episodes each year. Oftentimes depression is treated with serotonin balancing prescription pills. While these medications can be very helpful, they also sometimes come with negative side effects. Additionally, the medications can be extremely difficult to come off of, causing horrible withdrawals for the patient. A treatment plan for depression should always be discussed with a physician. But, there are things anyone can do to help ease the symptoms of depression without a prescription pill.

It’s well known that endorphins provide a huge mood boost. This benefit is what motivates many people to exercise, even when they’re feeling like they’d rather stay on the couch. The positive impact on mood from exercise, thanks to endorphins, is scientifically proven. Numerous scientific studies have researched and found positive correlations between regular exercise and the improvement of depression symptoms. The endorphins released during exercise cause a mood boost and overall enhance feelings of well-being. But, that isn’t to say that exercise will “cure” depression. What these endorphins really do is reduce depressive symptoms, which is certainly a step in the right direction. 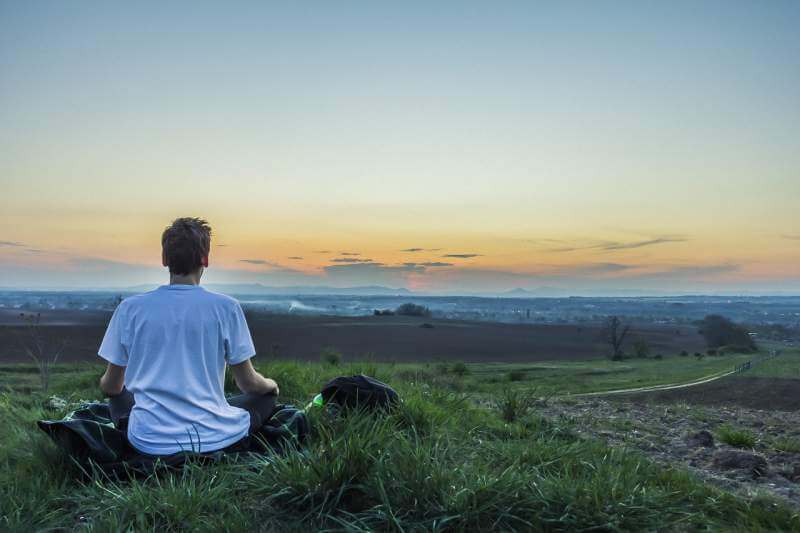 While many people view yoga as exercise, it really is so much more than that. Yoga’s ancient roots are tied to the goal of union between oneself and the divine, and knowing oneself completely. A big component of a yoga practice, and the yogic lifestyle as a whole, is meditation. Though meditation is extremely calming, remaining still and breathing for an extended period of time probably doesn’t lead to a major endorphin rush.

But, even without the spike in endorphins, yoga can still be very helpful for people with depression. In fact, the positive effects from yoga may even be better than an endorphin rush or runner’s high because they have a lasting impact rather than quickly dissipating once endorphin levels return to normal. 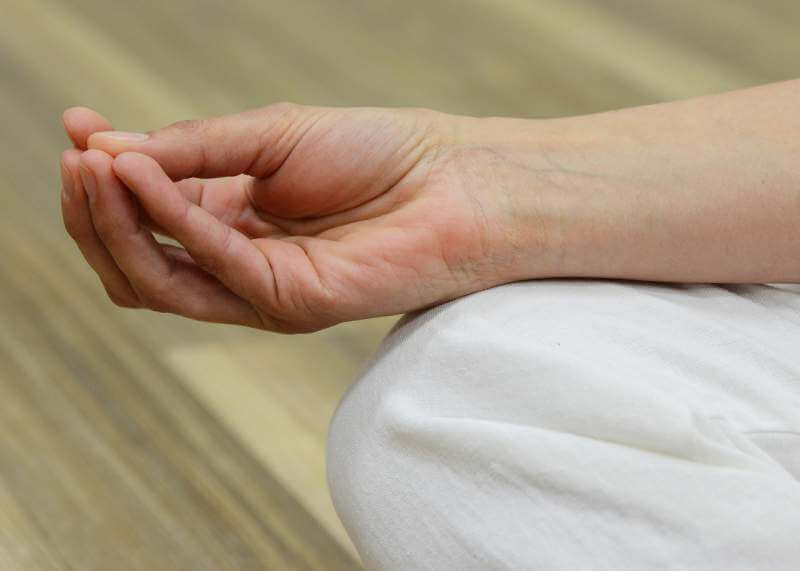 Still, despite the millions of people who will attest to the sense of calm and happiness yoga brings them, this isn’t necessarily proof that yoga can truly help with depression. But researchers are making strides to change that. A recent study conducted at Boston University found clinical evidence that yoga can help people struggling with depression. The study aimed to determine whether yoga will help reduce depression in people clinically diagnosed with the condition. Participants were divided into two groups, one of which practiced yoga 7 times per week, and the other group five times per week. After three months, most people in the study, including participants from both group, were experiencing some alleviation from their depression. Success was measured using a questionnaire to diagnosis depression, and most participants lowered their scores on the survey by at least 50%.

While the group who participated in more yoga classes per week saw a higher level of improvement than the other group, it’s a true testament to the power of yoga that both groups saw improvement. It’s also important to recognize that this really shows that a bit of yoga is better than nothing at all, and even a few quick sessions on your mat a week can make a huge difference when it comes to healing from the effects of depression. 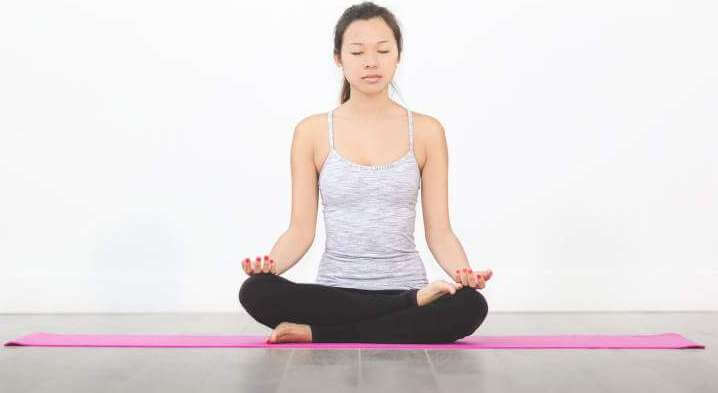 It’s also important to note that the study groups were practicing Iyengar yoga. Rather than quickly flowing through the Asanas, Iyengar emphasizes proper alignment and the breath. Researchers believe that the time dedicated to deep breathing each session greatly helped the participants in the study. Any yogi who’s ever practiced Ujjayi breathing, or even just controlled breath, knows how powerful it can be in shifting your mood. However, for people who would like to get that endorphin rush from their yoga practice, a fast paced power Vinyasa class can get you there.

For the purpose of treating depression, slower paced classes such as Iyengar are probably the way to go (though a fast flow every once in awhile definitely won’t do you any harm!). Unlike an endorphin rush, yoga’s benefits go deeper in may ways. The essence of yoga can bring about positive change in someone simply from the way its lessons move off the mat and into someone’s daily life. Things such as being present in the moment, accepting and adapting to the situation at hand, and an overall sense of calm can be great tools for someone experiencing depression.

The strategies taught through yoga are especially important to grasp because, even with the help of prescription medications, one thing is often not enough. It’s been reported that up to 40% of people treated with antidepressant medications for major depressive disorder do not achieve full remission. Though it’s always important to discuss treatment with a physician, adding in a yoga routine, especially deep breathing exercises, can make all the difference for someone struggling with depression.