Technology has taken our lives to levels we would never have imagined. This is especially true in the medical industry. Technology has allowed research to reveal secrets that allow our bodies to heal, grow, and evolve beyond was possible even a few short years ago. 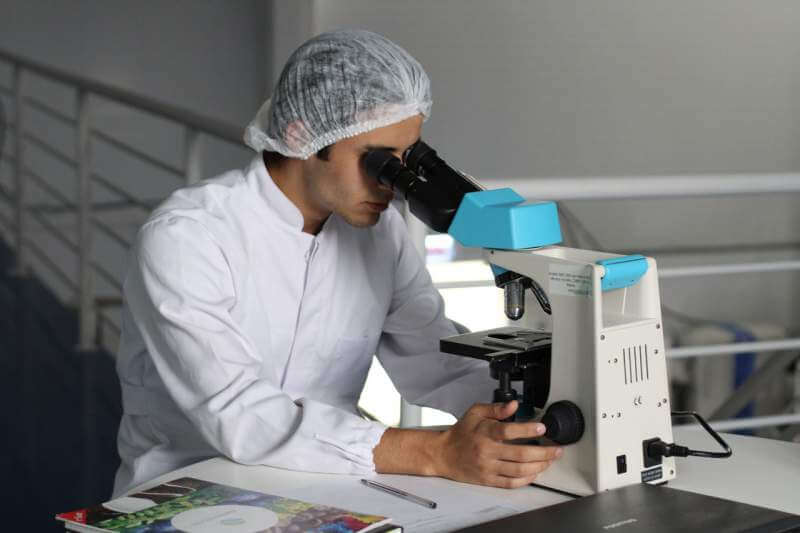 Much of the information needed to help mankind is accomplished through the use of lab-mice. The humane treatment of these mice is important. Science would not be able to find cures and treatments for humans without the mice subjects. The tracking and the gathering accurate information come through yet more technology. You can learn more here about the importance of the mice and the treatment progress.

We will tell you of a few medical breakthroughs that sound like science fiction. Yet, they are real and they are changing or will change lives.

A microneedle patch that will cure obesity by melting fat.

In the human body, fat is stored as brown fat, which burns quickly and is used for immediate energy and bodily functions and white fat, which burns very slowly to prevent the body from shutting down in the event that food supplies are stopped.

It has long been the quest for science to find a drug that would change white fat to brown fat, thus forcing the body to use the “reserve” and cure obesity. Nut, no drug has been found that could do this without major side effects, making them unsafe.

Researchers from the Columbia University Medical Centre have created a microneedle patch has the desired effects when applied to the skin. The patch is placed on an area of the body that has excess white fat. The encamped drug is released through the micro patch in controlled amounts that cause the fat in the targeted area to be changed.

The microneedle shows promise in the cure of obesity and in diabetes control.

If you are a fan of the old television series Star Trek, you probably remember “Bones” Dr. McCoy carrying a device called a Tricorder. This box would tell the doctor exactly what was wrong with the patient.

Qualcomm’s 10 million dollar XPrize competition has inspired the greatest minds in 5 different countries to develop a portable Tricorder that will take a patient’s vital signs such as blood pressure, heart rate, temperature, and diagnose a multiple of illnesses. The ultimate goal is that patients will be able to own these devices to help them and their doctors keep them in optimum health.

The first place winner was Final Frontier Medical Devices. However, the devices that were invented are all medical devices that will change the world.

A Pen Size Tool That Detects Cancer in 10 Seconds

Introducing the MasSpec Pen. This pen-sized tool identifies cancerous cells in as little as 10-seconds. This allows the doctors to remove what must be removed but to save healthy cells that are nearby.

Unless you live in a cave, you have been exposed to virtual reality. Video games, high-definition televisions, smart boxes that find your favorite show and turn off the stereo you left on in the living room.

The medical community has reached out to the science of virtual reality, equipment to train new doctors. Training for doctors has always been a challenge. You can read about how to perform a surgery and be warned about the possibilities that can happen. But until the doctor is in the position of doing the procedure, it is just words.

With the help of virtual reality, equipment are allowing doctors to save lives.

Modern dentistry has been able to allow people to protect their teeth and their health for generations. Now, instead of suffering from rotting teeth or from the alternative of dentures or implants, there is a protective patch that allows people to keep their own teeth.

Developers in Japan have a film made from a super-flexible but highly protective patch that will be fitted over the teeth. This is in the beginning stages and much improvement in the future of tooth patch is expected.

For people who spend their lives in a wheelchair, the idea of being able to move it with impulses from their brain is no longer a futuristic notion. The electronic impulses of the brain give the chair simple orders like go, stop, turn left or right. Users of the invention call the chair operation “shared control.”

When a person suffers injury or accident that destroys the skin, it is difficult to repair the body. This used to mean skin grafting from other parts of the body or in bad cases, amputation. But now science has found a way to actually grow human skin.

Biotech companies take collagen from donated skin or tiny amounts of the victim’s unaffected skin and use it to actually grow skin for the patient. This is a major breakthrough. Best of all, a tiny amount of human skin can grow massive amounts of skin.

Another development along these lines comes in the form of a spray on skin. This ReCell by Avita Medical uses a piece of the patient’s skin (the size of a postage stamp) and pig enzymes. This is sprayed on the burned area and in one week, it will grow to cover an area the size of a book.

A Capsule That Photographs Throughout the Body

Doctors in Japan have developed a capsule that has the ability to photograph your body throughout the trip it makes through your system. The capsules take 30 images per second, which are transmitted to a sd card the patient wears on a vest. Then the doctors simply slip the sd card into a computer and watche the video you made.

A 3-D printer is a printer that is fed a design and the material to create a product. The print is made by layer after layer of material is stacked until the object is produced to perfection. An entire house can be produced in hours. This printer has made the production of equipment and implants for the body that have been impossible until now.

There are more breakthroughs than we have room to list here. Technology has catapulted the medical industry into the future that we once only fantasized about. There is little doubt that the future is bright and soon diseases we know today will become bad memories.