If individuals have an issue with their teeth or anything else in their mouth, they generally will go to the dentist. If someone has an issue anywhere else on his or her body, odds are a visit to the family physician is in order. However, just because dentistry is a practice that focuses on one part of the body doesn’t mean that there isn’t a connection between oral health and overall health. Your teeth and gums require specialized care, but they’re still connected to the rest of you. That means whatever affects your mouth can affect the rest of your body and vice versa. In fact, it’s been proven that nearly 90 percent of systemic diseases produce symptoms that are noticeable in the mouth as well as elsewhere in the body. The lesson is that issues involving your mouth and/or teeth could indicate a health problem somewhere else in your body.

A growing number of health care professionals have recognized the holistic connection between oral health and overall health. Although research continues to shed light on that connection and reveal new connections, some of those connections have led to new insights about how doctors diagnose illnesses including heart disease and respiratory disorders. Understanding these connections takes on greater importance when considering that nearly half of all Americans have some type of gum disease. Keeping your teeth and gums healthy not only makes visiting the dentist more enjoyable, but it also can help prevent other illnesses.

That’s because there’s a connection between the bacteria that can build up on your teeth and gums and illnesses in other parts of your body. For example, the bacteria found in dental plaque has been linked to certain types of respiratory disease after it is breathed into the lungs, where it inflames the tissue and causes infection. In other cases, oral health problems can be influenced in turn by health issues elsewhere. Higher levels of glucose in the blood caused by diabetes can encourage the growth of harmful bacteria in the mouth.

The following guide details some of the most common connections between oral health and overall health. Understanding these connections can make it easier to identify disease and lead to better health throughout your body. 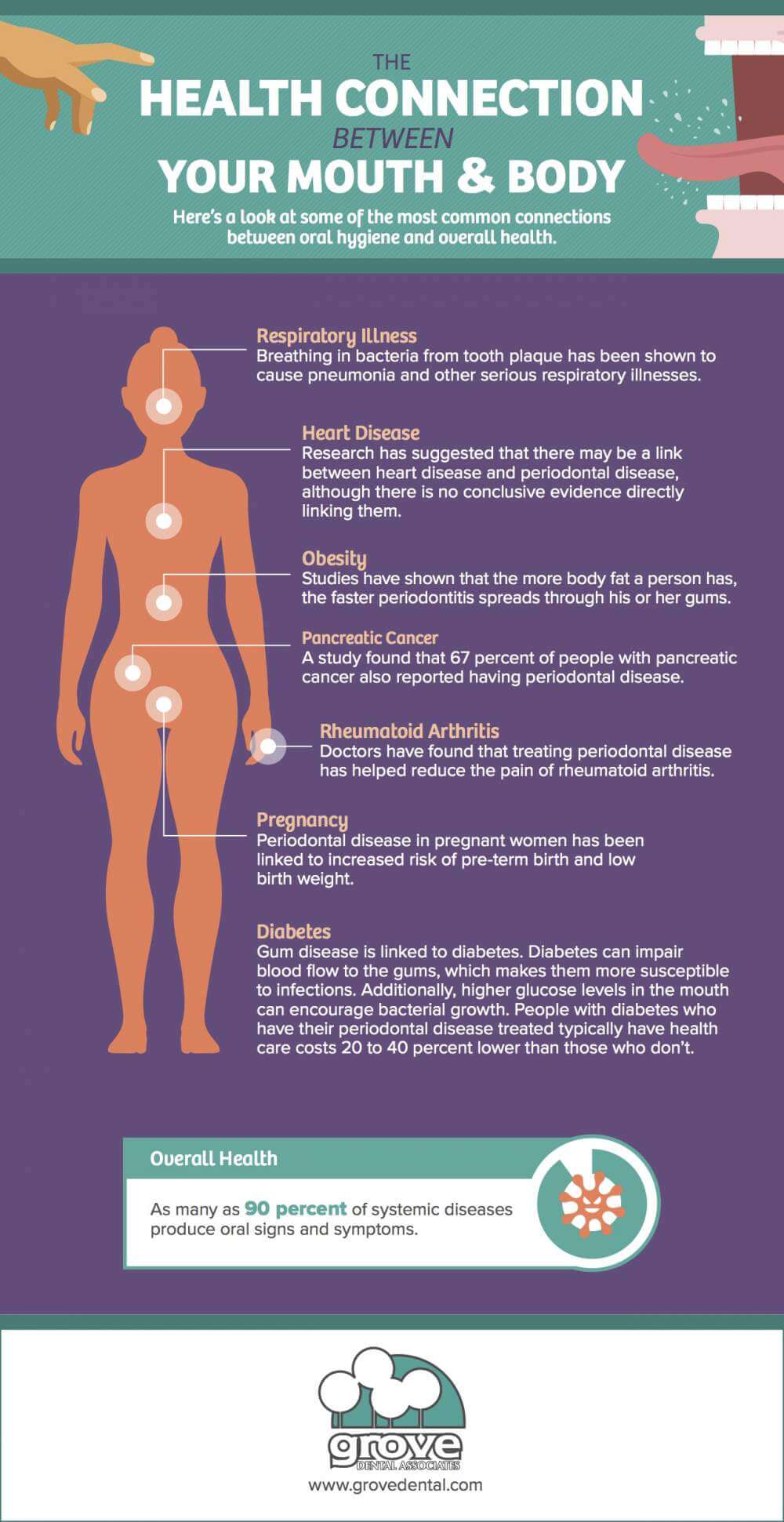