It’s no secret that children don’t like going to the doctor. For them, it’s a frightening experience that will potentially be painful and uncomfortable. They will do their best to avoid it even if it’s not up to them. Parents have to keep this in mind if they want to help their child cope with the visits. By making some small changes, they can strive to turn it into a positive experience that even the child can understand. A lot of NSW doctors are perfectly willing to cooperate and help parents in reaching this goal. 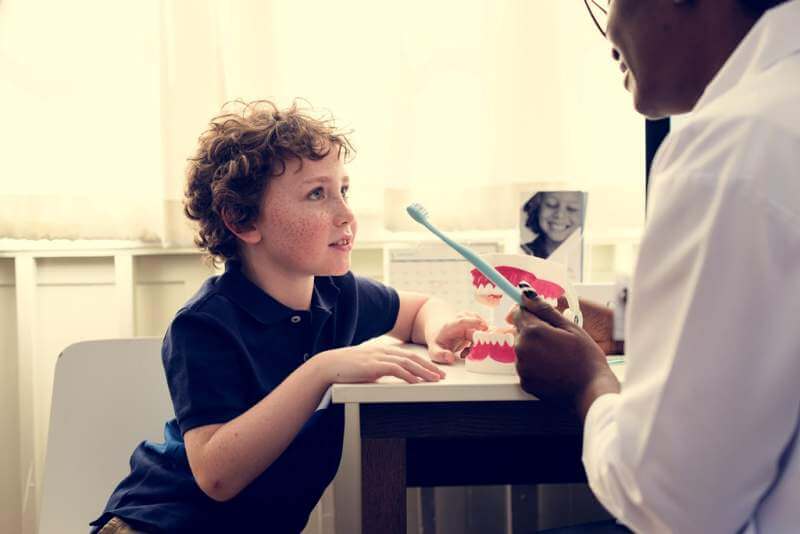 The way children react to visits to a doctor can be a bit extreme. They see it as something to be afraid of and they might overreact and cry. This leads to parents simply not telling their kids where they are headed when they take them to a doctor. They feel that it’s better to deal with the consequences in the doctor’s office rather than the whole day.

However, it might be better to simply have a talk with your child beforehand. Talk to them, but keep your words sparse. They have to understand that the visit is a necessity and there’s no question about whether or not it’s happening. What happens there should be reserved for the visit itself.

For teenagers, it’s important to mention that the doctor might want to talk to them about certain issues alone. This is nothing to be concerned about because their privacy is something doctors take into consideration.

Tell the truth, but sugarcoat it 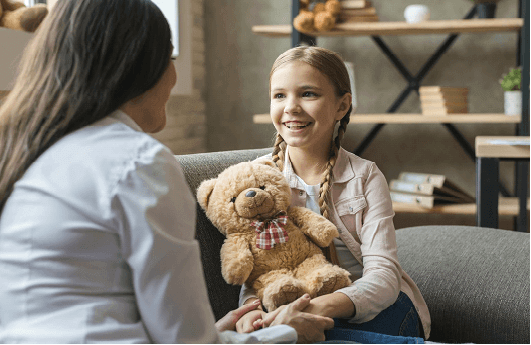 We don’t want our kids to be distressed by a doctor’s appointment. Because of this, promises are often made under some less than truthful circumstances. When my kid is going in for a shot, I’m often tempted to try and reassure them that it won’t hurt a bit. Otherwise, who knows how they’ll react to the news of going for shots.

Unfortunately, this isn’t a good long-term solution. You’re trying to build trust between you and your kids, not trying to lose it. Lying to them won’t change reality. Once they experience the shot and it hurts, they’ll know not to trust you from then on.

Instead, you might want to compromise between complete honesty and outright lies. Tell them it’s only going to hurt a bit and that they shouldn’t be worried too much. Often, the expectation of pain can be much worse than the pain itself. Your child is also going to try to appear tough so they’ll endure the pain and claim you were right. After a day passes, they’ll forget about it anyway. 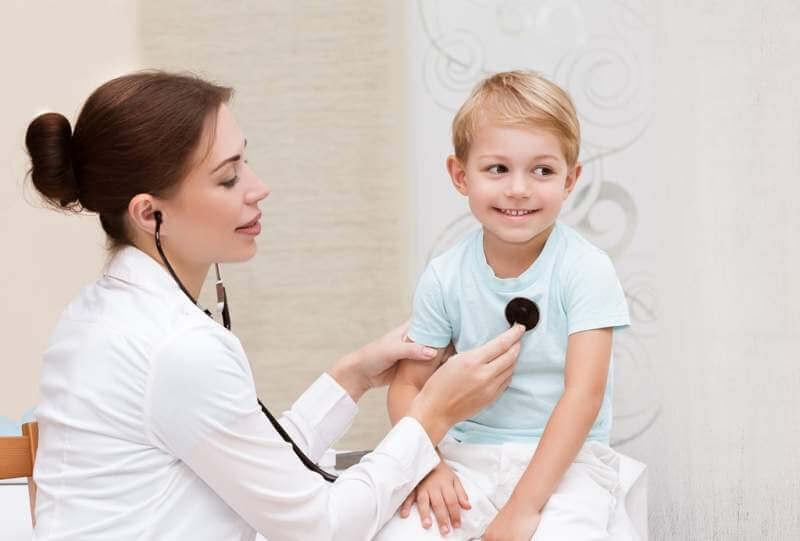 Children aren’t fully developed enough to comprehend certain situations. Explaining what a doctor’s visit does might not be enough. Sometimes, you need to simulate the whole ordeal in order to help them understand that it’s all going to turn out fine.

If your bundle of joy is young enough, you can treat it just like any other game. Start by getting your child to play doctor with his or her toys. It can be heartwarming to watch them try to heal their stuffed teddy or action figure. This can give them a good idea of what a doctor does and why they are necessary. On the other hand, you might need to step it up a notch.

Playing doctor with your kid can be another fun activity to try. I try to implant some positive ideas whenever I play doctor with my child. This allows her to learn to view the actual visit as something helpful and benign. 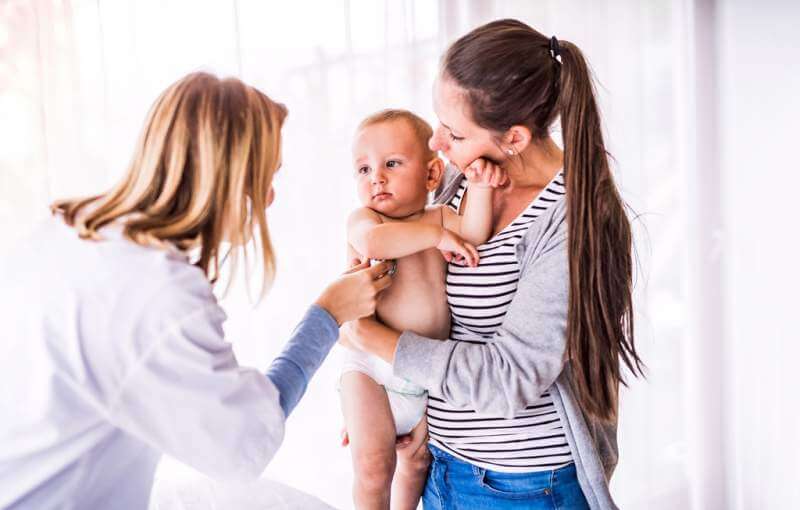 Whenever I drop something or spill a bit of food, I notice that my child doesn’t react immediately after it happens. I get a few seconds of staring and then the pouty faces and crying begin.
Children don’t instinctively know how to react to certain situations. They will first gauge your reaction and then decide for themselves how they should react. This is very hard to influence because they aren’t half-bad at reading your own facial expressions. Don’t start the conversation with hesitation or a bad reaction. They will notice, and it will affect their perception of going to the doctor. 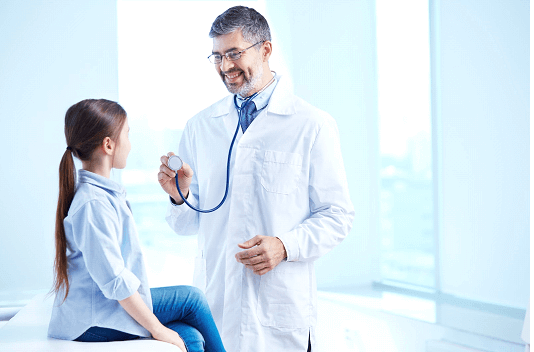 We all understand that doctors are under a lot of stress. They have a bunch of work and dealing with a screaming toddler isn’t going to make their day easier after ten hours of other patients. Still, as trained professionals, they should know that properly interacting with children is an important part of their job.

You should take note of the doctors that have experience with kids and try to visit them when the need arises. This is especially true when it comes to dentists. While searching for a Wyong dentist, I was personally after someone that could keep my child calm and relaxed during longer procedures, because setting up braces could take a while. As long as they knew how to deal with a child properly, I was certain that there would be no issues until the very end of the procedures.

End it on a high note 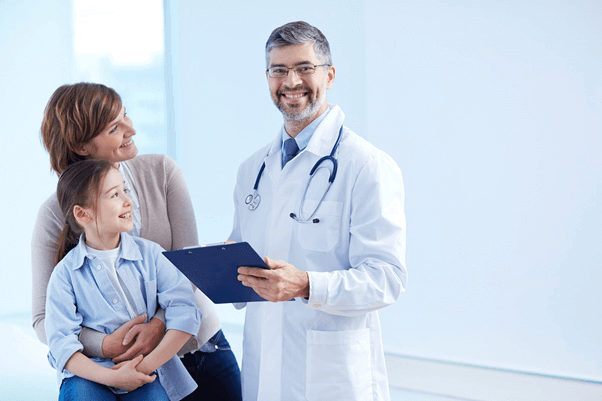 Once the worst of it has passed, your child will no doubt be slightly traumatized by the event. Try to offer them a consolation prize for the doctor’s visit. They were brave enough to endure it, so why not incentivize that bravery?

Using a reward system is a great way to make doctor’s visits seem like an overall positive experience. If every appointment ended with ice-cream, I could expect the kids to be more cooperative with going to the doctor.

Just make sure you don’t tell them in advance about the rewards, you should keep it an untold, but very much implied, part of the experience.

Doctor’s visits can be pretty unpleasant experiences for children, but they don’t have to be. As a parent, you can make these terrifying visits turn into mild inconveniences. As long as you approach the event with empathy and understanding, your child will eventually figure out that there’s no reason to be afraid. 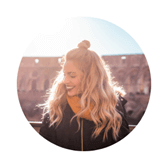 Fiona Adams is a freelance lifestyle writer inspired by traveling and colorful world around her. Different cultures, people and food make her want to stay on the road forever.
Follow: Facebook, Twitter