Asbestos was once heralded as a wonder material. Light, strong, and relatively inexpensive, its insulating, soundproofing, heat- and fire-resistant properties made it a popular choice for a multitude of industrial applications.

Asbestos was used extensively in shipbuilding, factories, construction, power stations, and in the automotive industry. It was also available to consumers as products for DIY projects, such as drywall, insulation, flooring, and ceiling texture sprays.

The material is a silicate, comprised of small particles that are easily inhaled by anyone in close proximity. The dangers of asbestos usage had been suspected from the early 20th century, but it was not until the 1970s that greater acknowledgment of the risks began to occur. Hundreds of thousands of people are estimated to have been diagnosed with asbestos-related diseases, including asbestosis and mesothelioma. In response, several countries have banned the distribution, sale, and use of asbestos.

While we may think of asbestos as a man-made product, it is actually a naturally-occurring material. There are six silicate minerals that are classed as asbestos, all possessing similar characteristics; long, thin fibrous crystals, comprised of microscopic particles that are easily released by abrasion. Its composition makes asbestos useful for soundproofing and insulation, and it also possesses heat- and fire-resistant properties.

Asbestos has been used for millennia in a range of applications, including cookware, cloth-making, and furniture, but it was not until the 19th century that large-scale mining and production of asbestos products began. Due to its insulating, heat- and fire-resistant characteristics, it was discovered to be a useful material for construction, as well as the emerging shipbuilding industry. Over time, asbestos began to be used in factories, power stations, and in the automotive industry. Further applications for the material meant it also found its way more frequently into the home; clothes irons, hairdryers, toasters, and even artificial snow contained asbestos.

The Risk to workers and families 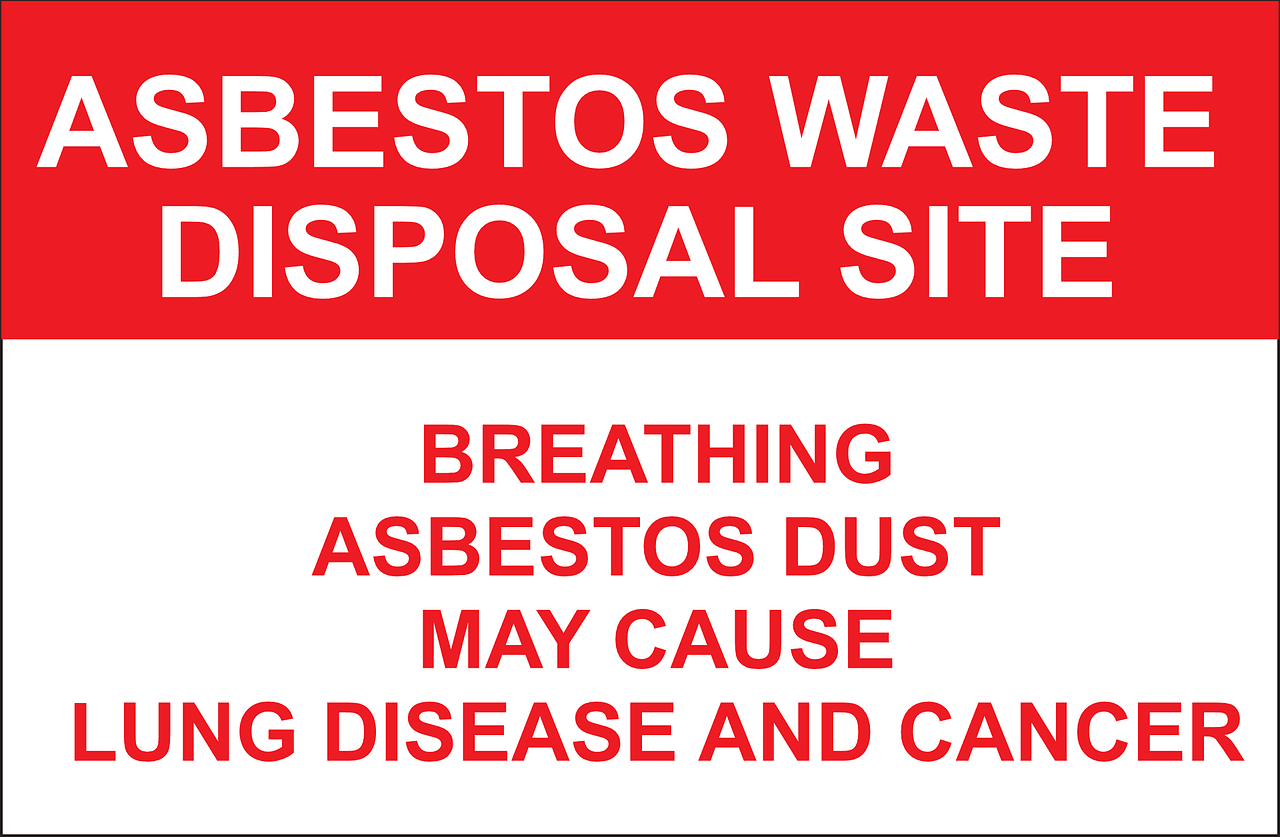 The composition of asbestos, that being long, thin fibers made from tiny particles, makes it extremely easy to inadvertently inhale. Individuals who worked with asbestos, particularly in non-compacted forms, are particularly susceptible to diseases associated with inhalation of asbestos fibers.

An additionally devastating aspect of asbestos exposure is that it is not only limited to individuals who worked directly with the material. Family members, colleagues, and anyone in close proximity of someone working with asbestos would have potentially had access to clothing and equipment containing the material. Inhaling asbestos particles, even in people who have not directly worked with it, has caused thousands of cases of asbestos-related illnesses and deaths.

One of the serious health conditions associated with asbestos exposure is asbestosis, a chronic disease affecting the lungs. Lung tissue exposed to asbestos becomes scarred and inflamed, and patients diagnosed with asbestosis may have some or all of the following resultant symptoms:

People who have worked with asbestos, or potentially had exposure to the substance as a family member, colleague, or other individual in close proximity to the clothing or equipment of someone working with asbestos, should approach their general practitioner if they experience any of the above symptoms.

A specialist doctor will assess the symptoms, as well as any relevant employment, medical, or family history. Diagnostic tools may include chest X-ray, CT scan of the lungs, and lung function tests. If a diagnosis of asbestosis is made, treatments may include symptom management and oxygen therapy, although unfortunately it is not possible to reverse the damage caused by asbestos, and there is currently no cure for the condition.

Mesothelioma is a form of cancer that affects the outer lining of organs. The majority of mesothelioma cases develop in the lungs, but the disease can also impact other critical organs such as the heart and stomach. Approximately 3,000 new cases are diagnosed in the United States every year.

In a similar way to asbestosis, the overwhelming majority of mesothelioma cases are caused by irritation and scarring as a result of inhaling asbestos. The outer lining of the lungs, or pleura, can develop mutations from the damage caused by asbestos fibers, which in turn may become cancerous cells or tumors. Asbestosis can also progress to mesothelioma. The same process occurs for other affected organs.

Loss of appetite and unexplained weight loss are the primary symptoms of mesothelioma, regardless of which organs are involved. In cases of mesothelioma of the lungs, some of the more specific symptoms are:

As well as the universal symptoms of mesothelioma, disease specific to the stomach may also cause:

As with asbestosis, it is crucial to have any relevant symptoms investigated by a physician as soon as they are discovered. Note that symptoms can take decades to appear after exposure to asbestos. A specialist doctor will perform the same diagnostic tests as with asbestosis patients, and if a diagnosis is made, treatment options will be discussed. Unfortunately, most mesothelioma cases are diagnosed at a late stage, and curative measures are generally not possible. However, palliative care will be arranged to prolong the life of mesothelioma patients, and to minimize discomfort.

Legal action in cases of diseases caused by asbestos exposure

Medical treatment for asbestosis and mesothelioma can be expensive, which can place extreme financial burden on victims at a time which is already distressing. It is important to know that legal advice and support is available to anyone suffering from a disease caused or exacerbated by exposure to asbestos. Compensation from previous employers may be possible; an average settlement in a case of mesothelioma is between $1 million and $1.4 million. In cases that go to a full trial, affected parties receive an average of $2.4 million.

If you or a loved one is facing the prospect of an asbestos-related disease, it is important to have all of the facts, as well as the support you need to navigate a challenging situation. If you are looking for further mesothelioma cancer info, contact an experienced and reputable organization such as Mesothelioma Help.