There is a growing realization worldwide that marijuana is a natural remedy to fight an untold number of illnesses brought about by our fast-paced and often unhealthy lifestyles.

Countless Americans hold down two or even three jobs to keep their heads above water as the ever-rising cost of living takes its toll on monthly budgets.

Long hours at work combined with too little sleep add fuel to their stressful daily existence and can result in many life-threatening illnesses. 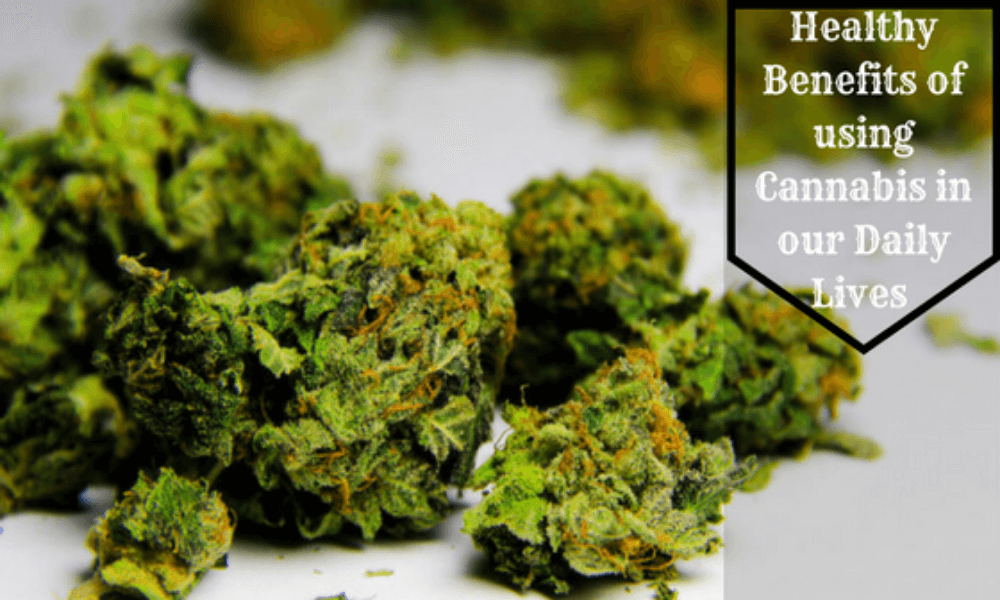 Heart attacks, strokes, diabetes, and obesity brought on by our junk-food lifestyle are just a few of the dangers we face in our tension-filled and fast-paced lives.

Eating, drinking, smoking and inhaling marijuana not only boosts the immune system but helps to safeguard our bodies from a number of diseases.

The healthy benefits of using weed

Marijuana doesn’t pose the same threats to our bodies as do the chemical compounds found in prescription drugs, a fact recognized by traditional healers who have been using this herb for thousands of years to treat a variety of illnesses. 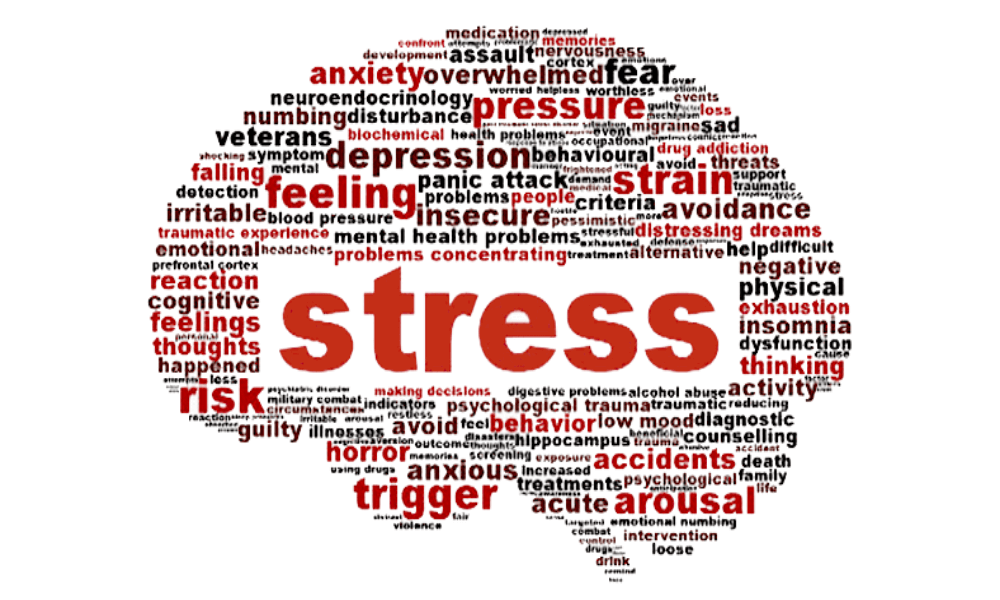 A recent investigation into the effects of marijuana on stress that was undertaken by a group of researchers from the Universities of Illinois and Chicago proved that weed does indeed relieve stress.

One of the researchers, Professor Emma Childs, says that during the trial volunteers were subjected to a series of stressful tasks and were then given different dosages of marijuana to enable the research panel to investigate the effects of THC on stress. THC, or tetrahydrocannabinol as it is medically termed, is the primary active ingredient contained in marijuana.

The level of the body’s main stress hormone, cortisol, was measured during testing, as were heart rates and blood pressure. Prof Childs says volunteers who received the lower doses of marijuana reported feeling less stressed than those who received higher, or no dosages of THC. She says their research provides support for the claim that cannabis can be used to relieve stress, but that this is only true when marijuana is ingested in moderation. Too much cannabis can have the opposite effect, she says. 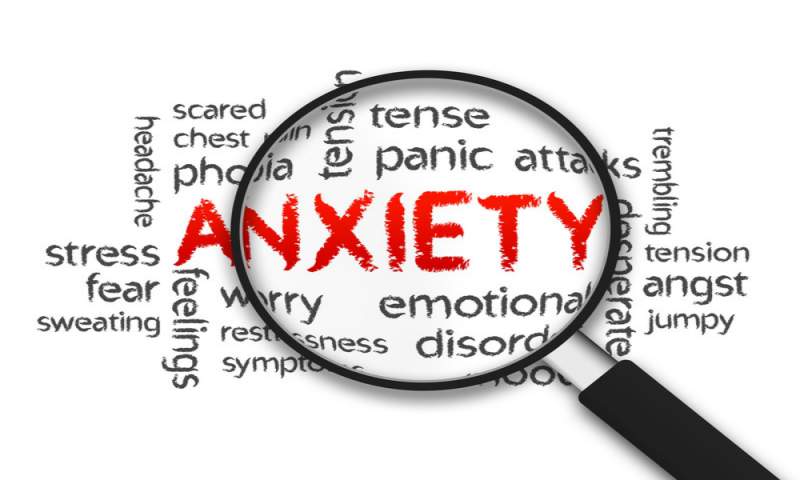 Marijuana has known properties that can ease anxiety, and like studies into its stress relieving capabilities, ingesting too much can lead to paranoia.

Its anti-anxiety properties can be used in the treatment of social anxiety, panic attacks, obsessive compulsive disorder and general feels of anxiousness. A study undertaken in Canada found that 40 percent of the volunteers used in the research could stop using benzodiazepines (an anxiety prescription drug) after taking dosages of weed for 90 days. 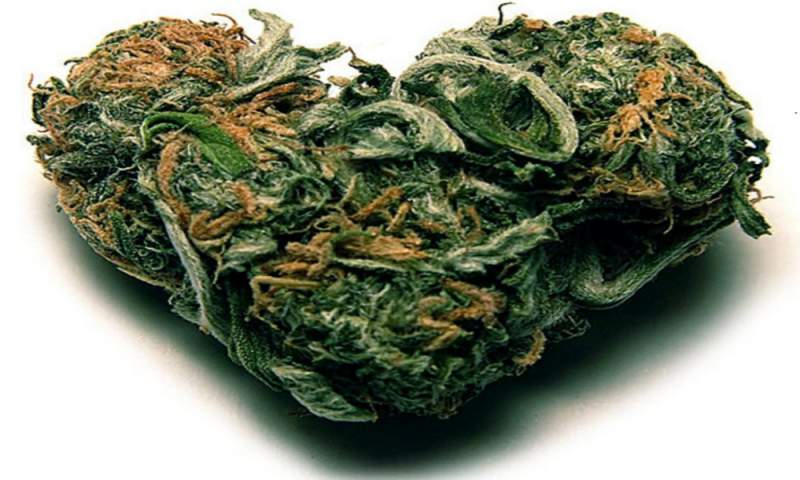 Scientists believe that cannabinoids contained in marijuana could help treatments for heart diseases.

Experiments on animals have found that cannabinoids protect against a number of heart diseases, and is effective in the treatment of heart attacks, strokes, hypertension, and atherosclerosis. This has been endorsed by scientists from the Nottingham School of Medicine in the UK whose studies showed the same results on human volunteers. 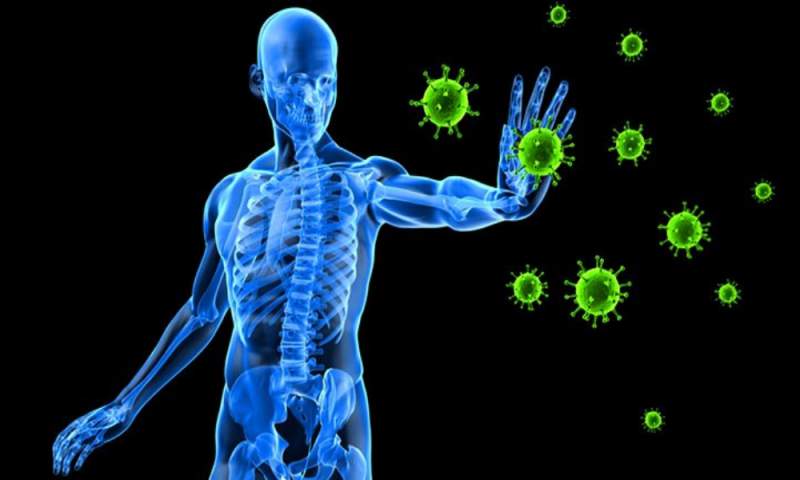 The cannabinoids contained in marijuana assist with regulating the immune system.
Weakened immune systems are often the cause of auto-immune disorders, manifesting in conditions such as allergies, arthritis, irritable bowel syndrome and multiple sclerosis. Cannabis, therefore, can be used to fight these illnesses brought on by weak immune systems. 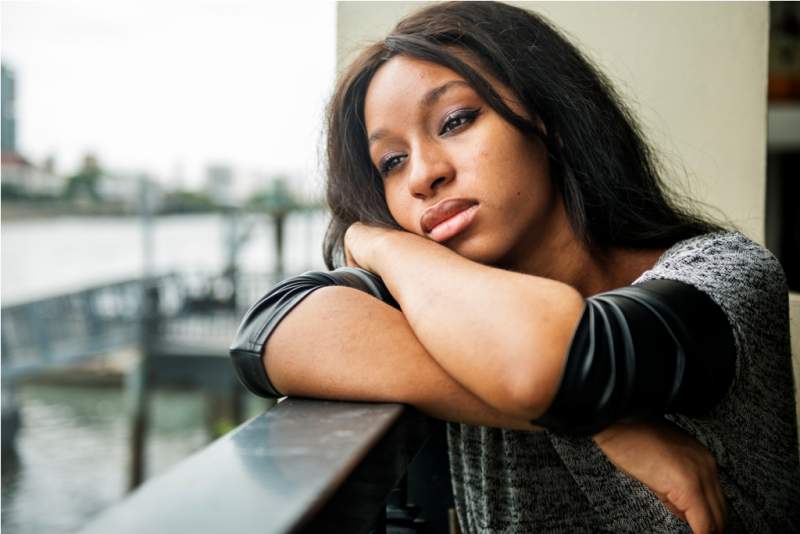 Cannabis is growing in popularity as an herbal anti-depressant and has far milder side-effects than prescription drugs, many of which can lead to dependency. It allows users to become more objective about their state of mind. 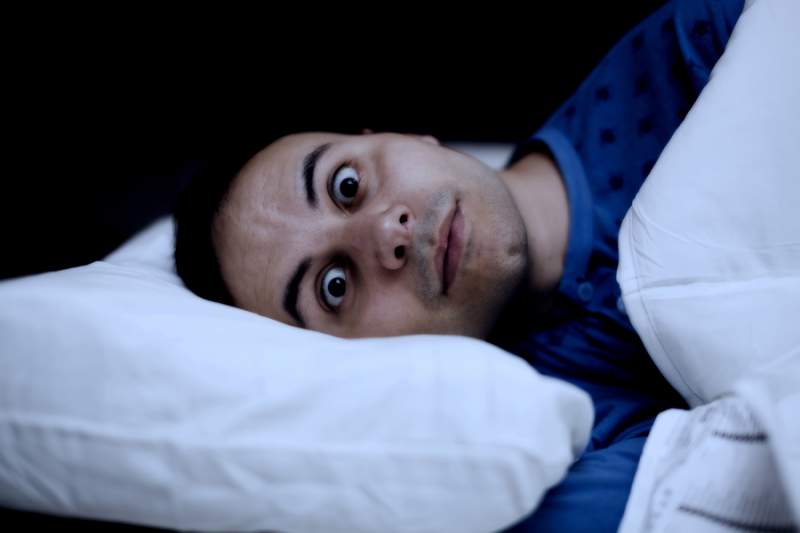 Insomnia affects more than two-thirds of the American population and an increasing number of people are turning to cannabis as a safe, effective cure for this sleep disorder.
Scientific studies show that lack of sufficient sleep causes heart disease, obesity and diabetes. In fact, studies dating back to the 1970’s demonstrate that ingesting marijuana makes it easier to fall asleep and leaves users feeling less groggy and disorientated when waking up than those patients taking prescription drugs. Weed, too, is far less addictive than opioids. 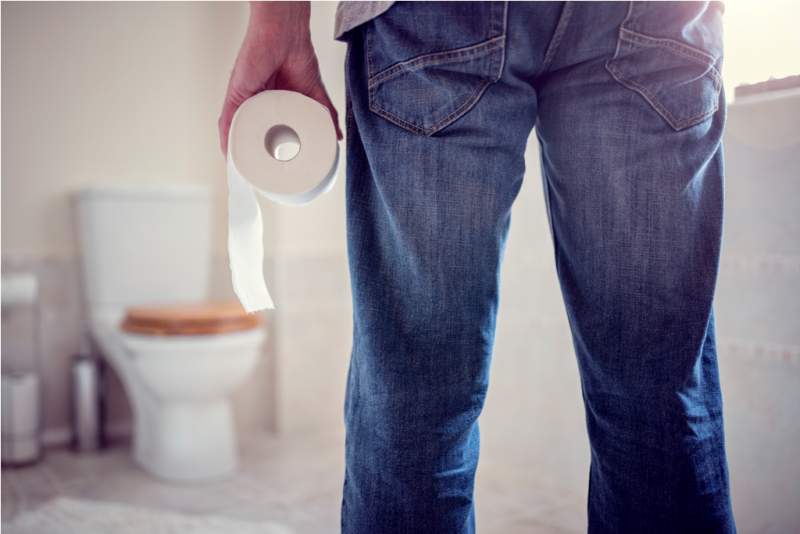 Americans spend an astonishing $725 million+ annually on over-the-counter medicines to relieve constipation. This, largely, can be attributed to the fact that on average they only eat between 5 to 14 grams of fiber every day, instead of the American Dietetic Association’s recommended daily dosage of between 20 to 35 grams. Americans, generally, consume too much processed and refined foods from which the natural fiber has been removed.

Marijuana is known to be one of the most natural remedies to stop constipation. Ingesting cannabis – orally, smoking and vaporizing – relaxes the bowel and can produce results in under two minutes. 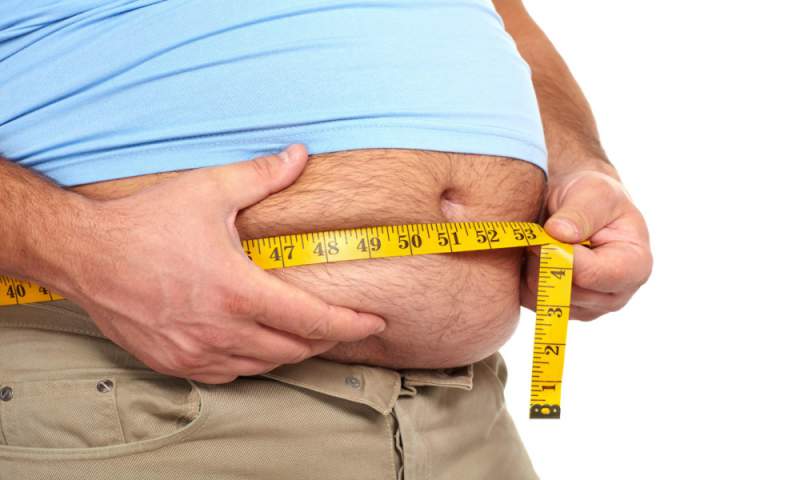 Scientific experiments show that marijuana helps to fight obesity because:

Studies further indicate that people who smoke pot weigh less and have smaller waist lines than those people who don’t, and that this contradictory phenomenon is apparent despite the fact that cannabis users consume about 600 more calories a day than non-users. Their food intake is no doubt brought on by the munchies, because weed stimulates the appetite.

In a study, 4,600 adults were tested for their blood sugar, cholesterol levels and waist circumferences. Of those, 12 percent current weed users had smaller waist lines, higher levels of good cholesterol, and better insulin levels. 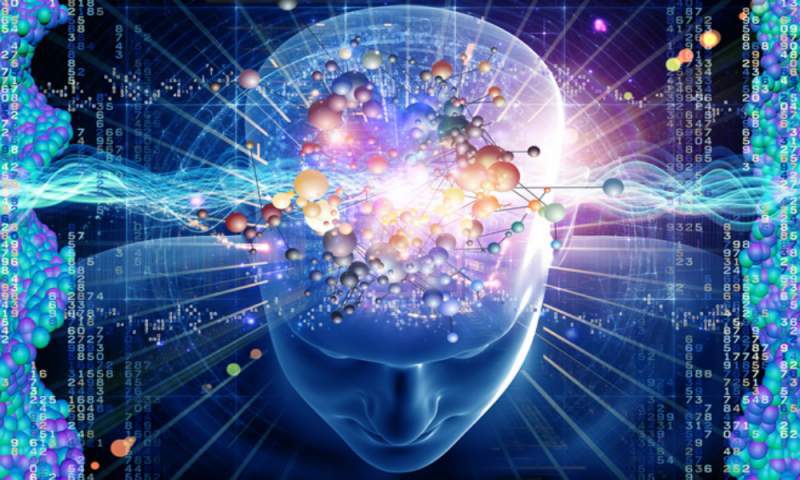 Recent scientific studies on mice showed that cannabis improved their memory and learning abilities. The mice were given low doses of cannabinoid THC in a study to help the medical world to discover a remedy for brain aging in humans. The experiment clearly demonstrated an age reversal in the older mice, and now opens the door to the growing belief that marijuana can fight degenerative brain diseases like Alzheimer’s.

10. Weed is a natural painkiller 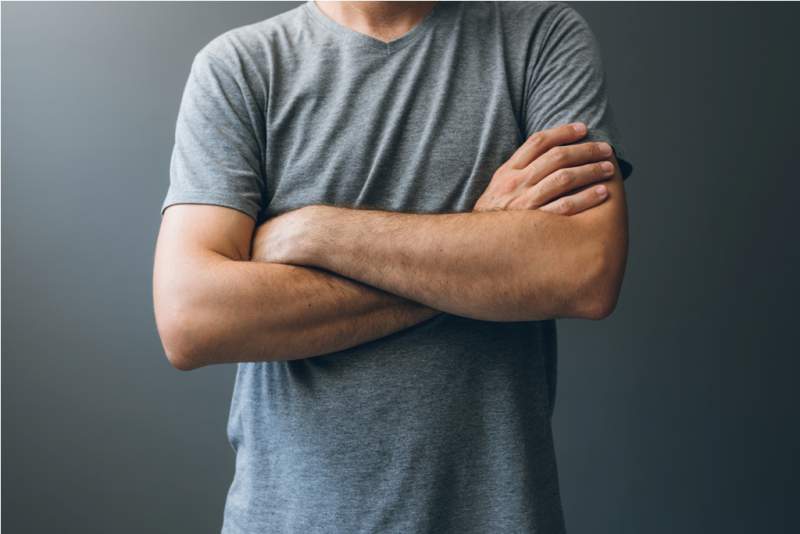 Marijuana is widely acknowledged by the medical profession as a natural remedy for chronic pain. Today it is being administered to cancer sufferers, as well as to patients with a variety of painful medical conditions.

This article was written by Ashley Jacobs, a professional blogger covering news and other latest topics related to health benefits of cannabis. Currently, she is working with Pot Valet – online marijuana dispensary. Ashley loves to share research oriented work with others. Follow them on Facebook, Twitter, and Google+.

2 thoughts on “What are the healthy benefits of using cannabis in our daily lives ?”