Hearing loss is of two types: 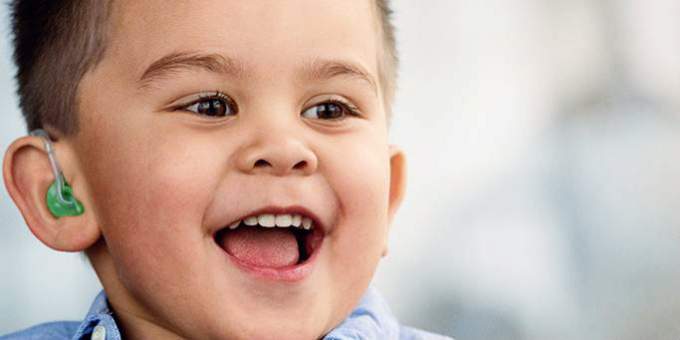 Parents are usually the first to notice signs of hearing loss in children. It is important for parents to monitor the hearing of their children especially between birth till four years of age as this is a crucial formative period in milestone development. Hearing loss can occur at any time however and the beginning signs may not be immediately obvious. The following signs can alert parents to the probability of hearing loss in the child:

In most cases, treatment may not be required as the condition may heal by itself. In the case of infections or perforations that are more severe, antibiotics may be needed. If the perforation does not heal by itself, the doctor can perform a minor surgery called tympanoplasty to restore hearing.

Cochlear Implant Surgery can be carried out by implanting an electric device that stimulates the auditory nerve with electric signals. This allows the sound information to reach the brain and sound can be interpreted here, thereby allowing the individual to hear. Children as young as a year in age can opt for this implant if they suffer from profound hearing loss or display little progress in auditory development.

In this surgery, an incision is made in the cochlea and the electrode is inserted and secured. Though largely successful, individuals have different responses to the perception of sound post the surgery. The younger the child is when the implant is inserted, the better it is for the child to develop acoustically. Surgery options in India are affordable and accessible. The entire process of consultation, assessment, diagnosis, treatment and rehabilitation may take between 3-6 weeks. You can find cost-effective centers for cochlear implant surgery in India here.