An eating disorder is an alarming issue and it is just as important to know the signs. Actually, some of the signs of an eating disorder are evident, including refusing to eat, dramatic weight loss, or immediately going to the bathroom after meals. 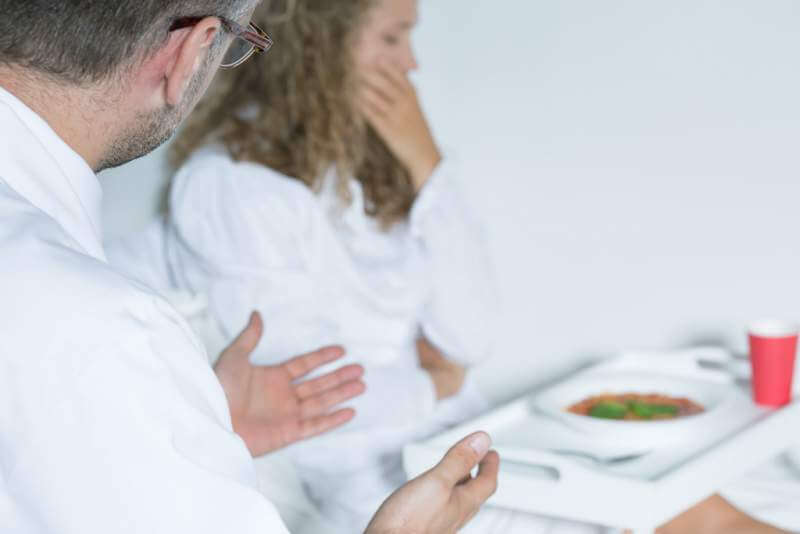 Nonetheless, there are still signals you must never overlook, and instead be aware of to identify if you have an eating disorder. 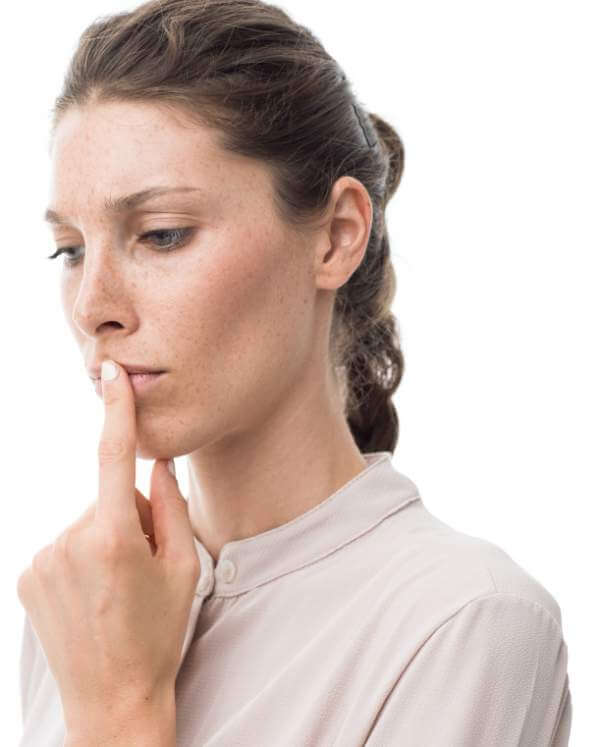 Warning signs of bad body image include negative impressions or self-pity. A person may always think he/she is fat, and may not have discipline when it comes to eating.

Also, one may begin to misinterpret others’ opinions. For instance, comments like “wow you have become full-figured” can be interpreted as “you are fat.” The self-shaming and insecurities occasionally unfold and can become worse over time. These men or women may often begin to compare themselves with idealized super models with thin or size zero bodies. Likewise, they may feel insecurity when compared to Disney princesses or Barbie dolls, who often portray women with slimmer figures. 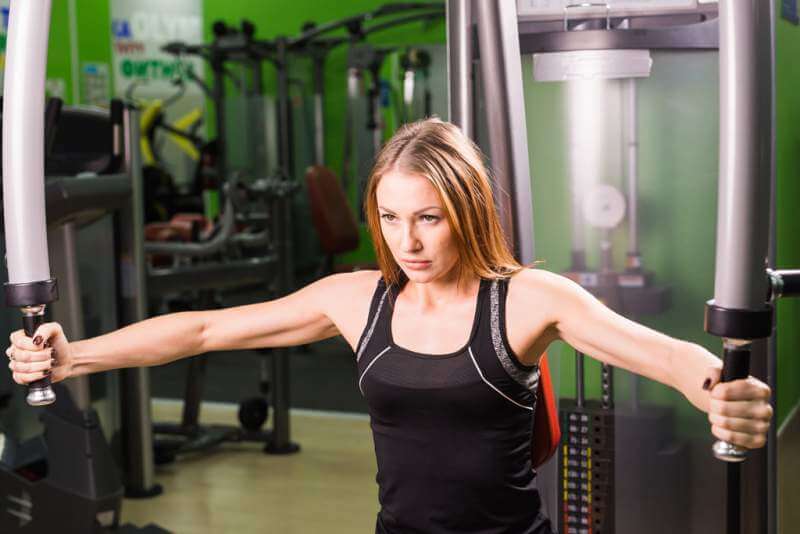 Exercise anorexia describes excessive or uncontrolled workout routines/habits. This is usually accompanied with disordered eating and is apparently on the rise.

Interpreting “excessive” exercise can be hard; however, this is particularly the case when dealing with athletes or exceptionally active young men and women. Current research of high school pupils discovered that a higher rate of eating disorders among female athletes compared to non-athletes, at 14 percent versus 3 percent.

There are underlying two red flags here: Does he/she panic or become stressed if they miss a day of workouts? And does the workout make them sick, or injured?

3. Afraid of eating in public 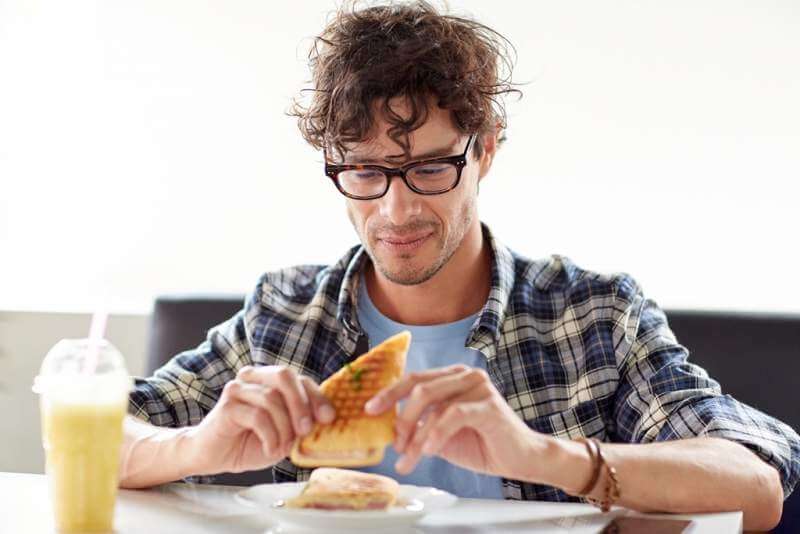 Feeling shy or timid about eating in public areas can be linked to body image problems. For instance, an individual could believe people are watching and judging him/her. However, it may also be a sign that eating is becoming an excruciating experience.

Eating could be hugely stress-provoking for a person with an eating disorder. Moreover, eating in public only aggravates the enormity of this undertaking.

Refusing to eat around strangers is a characteristic of another disorder, anorexia. However, it can still occur in all eating disorders. For instance, people who binge eat may eat very small amounts of food in public, but will binge when they are alone. 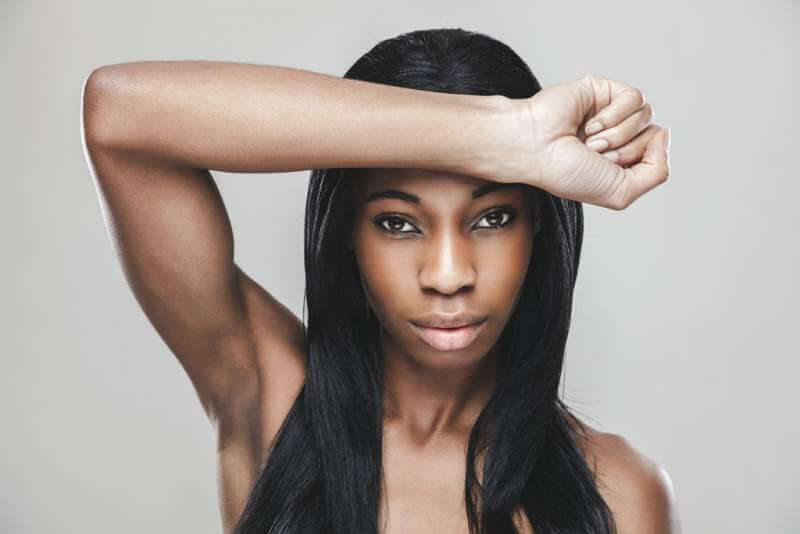 Individuals who’ve been depriving their bodies of nourishment for protracted periods of time frequently develop tender, downy body hair—nearly a thin film of fur—on their arms and other areas of the human body. This hair, called lanugo, is a physiological adaptation to the dangerously low weight and reduction of body fat found in certain individuals with anorexia, and a way for the body to retain body heat.

5. Cooking intricate meals, or food for others 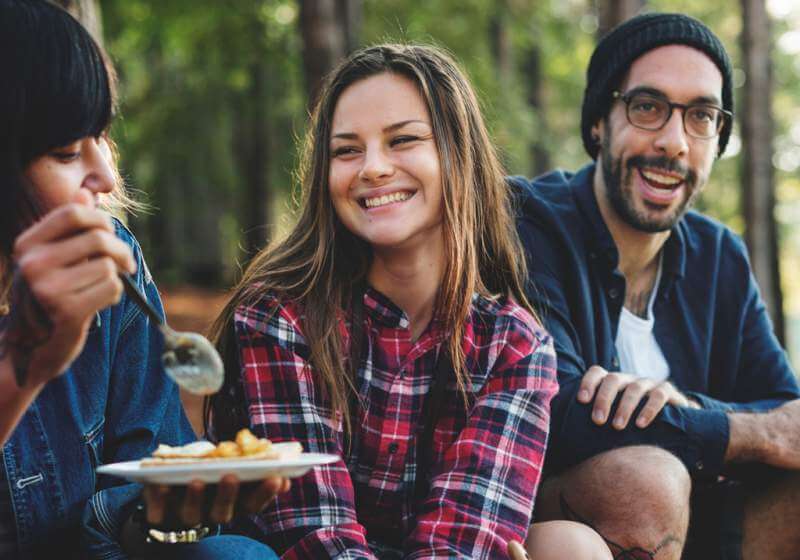 Although individuals with anorexia may deny meals themselves, they are generally excited to see other people eat, occasionally going so far as to prepare elaborate meals for family and friends. This might be a kind of vicarious fun, or their way of eating “through” others.

Similar behaviour was observed during the renowned Minnesota Starving Experiment, conducted in the mid-1940s. Volunteers that were semi-starved and dropped over 25 percent of their body fat became obsessed with eating and food. A number of the guys became lovers of cookbooks and recipes, a behaviour that’s been noted in individuals with anorexia too. Calluses on your knuckles is another skin modification and telltale indication of bulimia. 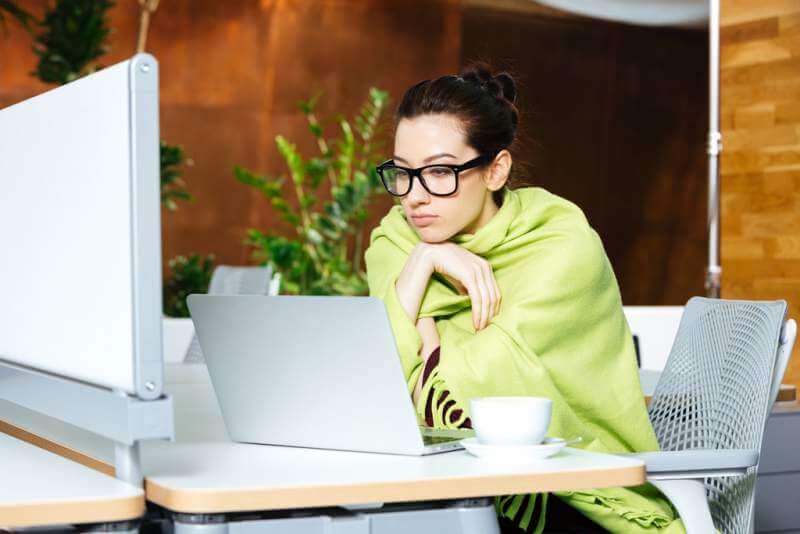 Energy is being stored in your body fat, thus helping you withstand cold. Consequently, individuals with very minimal body fat may have difficulty keeping their own body temperature up, and in certain instances might even develop hypothermia. 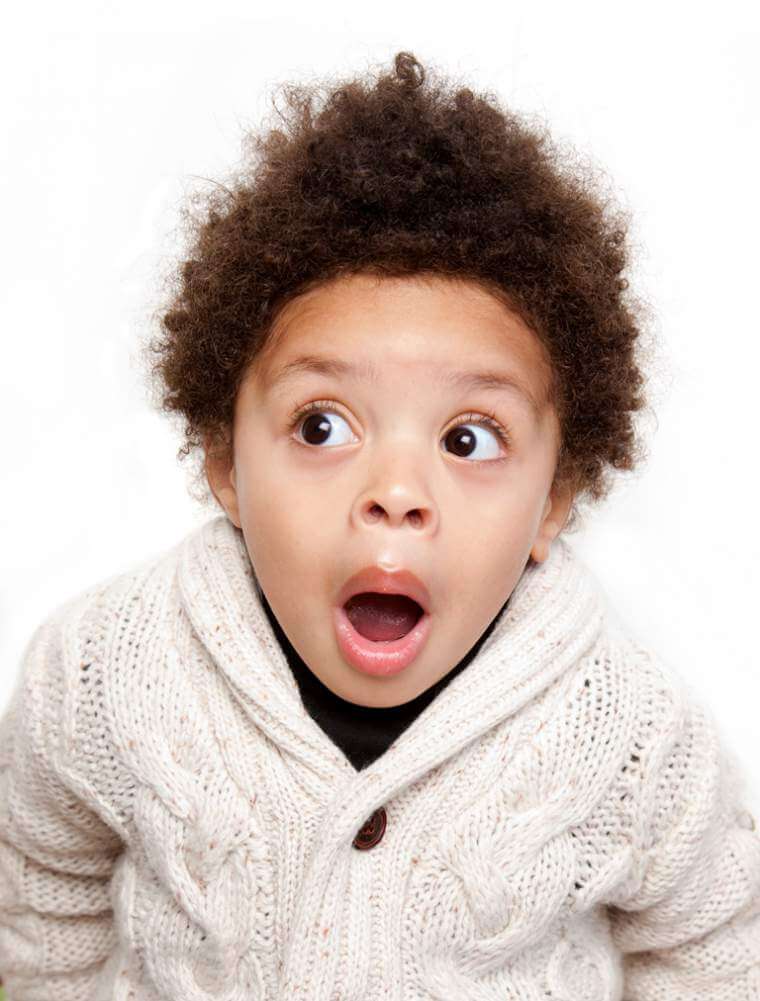 Sometime swelling down the jawline is largely connected with bulimia but can happen with any eating disorder where purging exists. Unlike individuals with anorexia, people with bulimia tend to be of normal weight, as well as above-normal weight. The swelling may occur at any stage of the disease and is contingent on the individual and how frequently they purge. 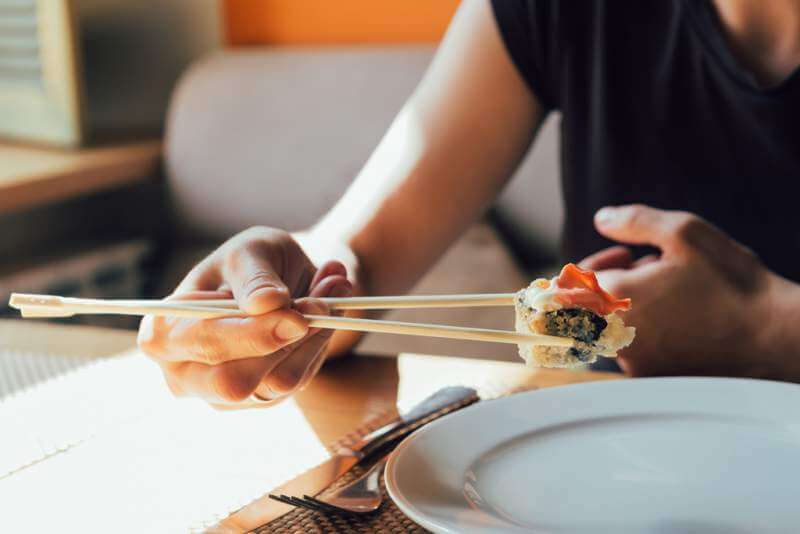 A preoccupation with meals considered to be “secure” or “healthful” is the hallmark of a state which has come to be called orthorexia. Although not a formal identification, orthorexia can occasionally be a stepping-stone to anorexia nervosa.

Some individuals with anorexia, for example, have an extremely restricted diet and want to consume the very same foods repeatedly. When folks are moving down the path toward an eating disorder, among the first indications is cutting out foods that they used to enjoy, or even whole food groups. 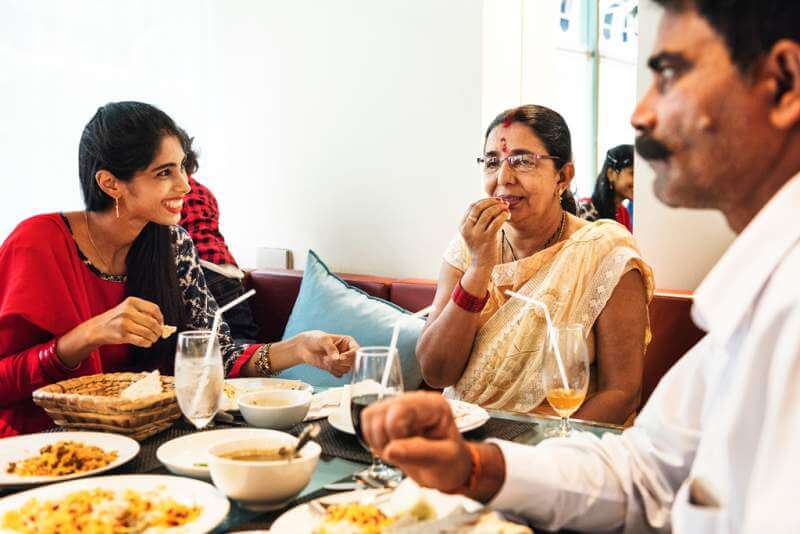 Compulsive behaviors very similar to those found in obsessive-compulsive disorder (OCD) may also exhibit with eating disorders. These so-called rituals exhibit in methods of arranging food in definite patterns, or cutting their food in little mouthful bites.

They are primarily connected with anorexia (which frequently happens alongside OCD). However, they are also sometimes an early indication of a binge eating disorder.

When eating disorders get underway, individuals will attempt to make it seem as though they are eating by cutting up things and altering food around on the plate in order to not draw attention to just how minimally they’re eating. 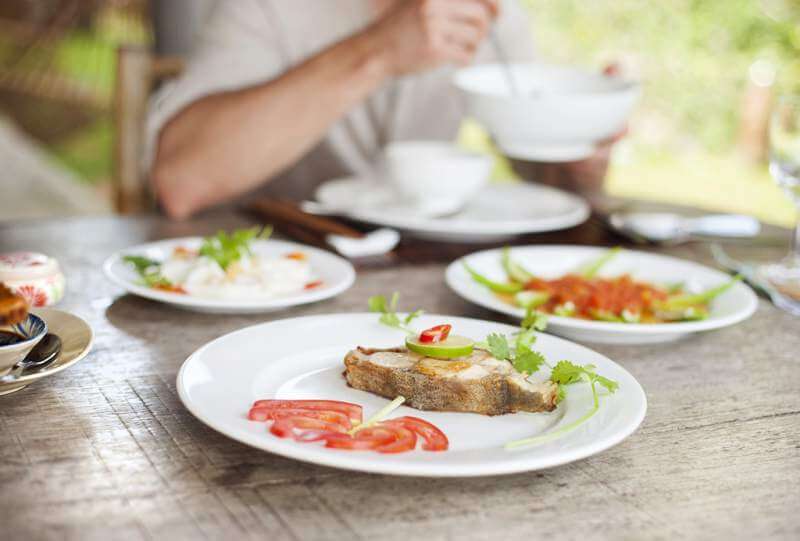 Binge eaters are well known for preparing their meals in strange combinations of ingredients. For instance, binge eaters may consume chips with lemon, mashed potatoes and chocolate, or italian dressing and pork rinds. People who usually reinvent their own food are most likely binge eaters compared to people who overeat.

Frequently though, this behaviour occurs privately and becomes another sign for people with eating disorders. Also, they may feel ashamed about it. Self-shame and disgust can exasperate the eating disorder.

If you think any or all of the signs mentioned above describe you, then you may have an eating disorder. Having an eating disorder is not something to be ashamed about. With professionals like those at TG Psychology, you can get help and acquire treatment. 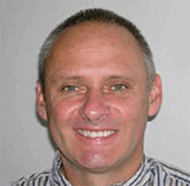 Todd is the Director and Principal Psychologist at TG Psychology, in Penrith, NSW. He has over 14 years of experience working with adults and young people in both public health and private practice settings. He has treated people from diverse cultural backgrounds, with a variety of emotional health and behavioural issues, including: depression, anxiety, relationship issues, anger, addictions, trauma and grief. He has also facilitated a number of group programs, treating a wide range of issues: from quitting cannabis, to social skills training, self-esteem development and deliberate self-harm behaviours.