So maybe you have reached those crossroads where it is time to reflect on your diet. Maybe you want to embrace the wonders of veganism, or perhaps you just want to do your part in saving the environment. Regardless, most people face the same question: Is cutting out red meat from your diet a healthy choice?

In this article, you will get an unbiased view that contains the benefits and hazards to eating red meat along with a trick on how to keep meat in your diet while staying healthy.

Is it Healthier to Eat Less Red Meat? 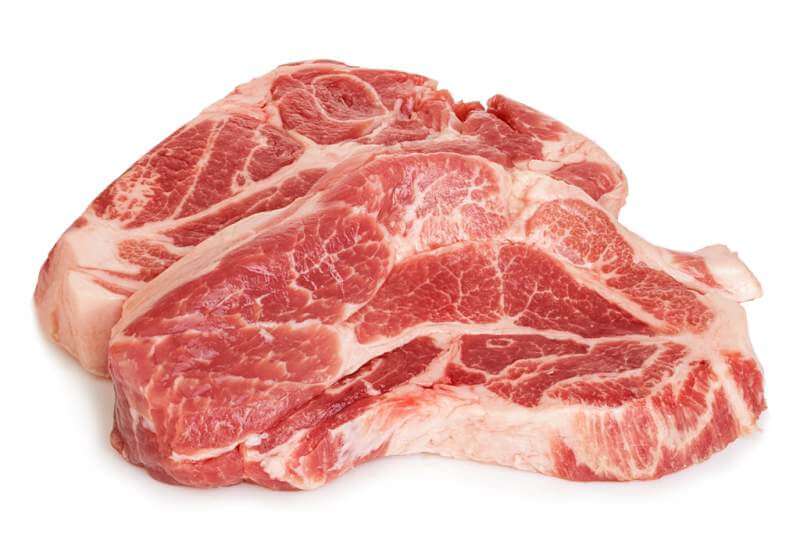 First, let’s talk about the benefits of eating less red meat. Numerous studies have suggested that eating an excess of red meat is detrimental to your health. In fact, that succulent red meat is high in LDL cholesterol and rich in saturated fat. Over consumption increases the chances of serious illnesses like diabetes and heart disease.

However, that is not all. Repeatedly consuming even just moderate amounts of red meat is linked to the development of colorectal cancer in your body.

The standard argument against these health facts are: “If cavemen from the prehistoric era consumed large amounts of red meat, then why can’t I do the same?”. It is a valid argument. There are two parts to the answer.

The first is that today’s red meats are nothing like the prehistoric meats. Modern beef festers with antibiotics, hormones, and chemical toxins that are utilized to grow fatter cows. These chemicals are proven

So is there a way to eat red meat without all the deadly chemicals? 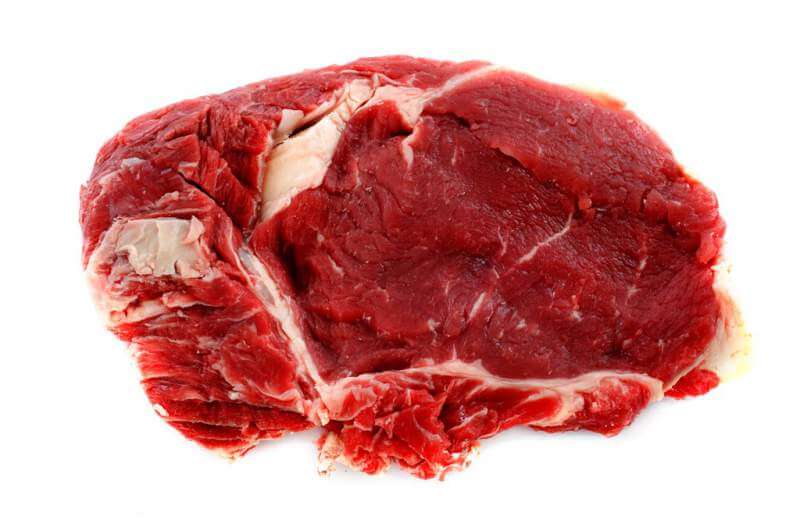 This question leads people to consider the alternative: organic red meat. Sure, you can buy certified organic meat from purely grass-fed cows, fire up the grill, and stuff yourself silly to your heart’s content. However, there are a few problems. The first is that organic red meat is becoming increasingly difficult to come across. The truth is that it is more expensive to nurture “organic” cows which leads to more expensive beef and thus less accessibility to that meat.

To further complicate the matter, Organic meats are still linked to deadly diseases such as cancer and diabetes making them not that much healthier.

The second part to answer our question of “if my ancestors could eat red meats, why can’t I?” is that you live longer than your ancestors ever did. Back in prehistoric times and even as early as the 1800s, humans did not live as long. In fact, our lifespan, thanks to medicine and technology has doubled. Your ancestors would die before they had the chance to develop cancer, diabetes or other deadly diseases.

So while it is a valid to not eat red meat, you need to be aware of the vital nutrients you need to replace.

The Nutritional Benefits of Red Meat 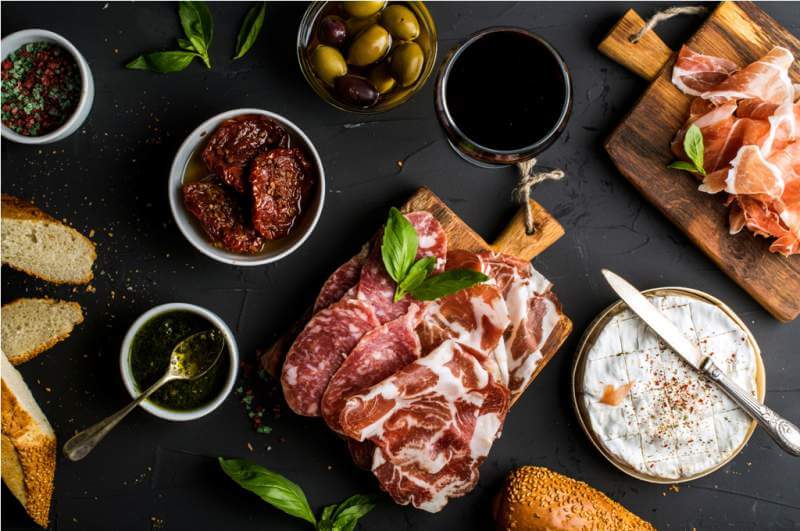 It would be unfair to criticize red meat without talking about the nutritional benefits. Red meat is high in iron, particularly heme iron. Heme iron is the type of iron that is easily and readily absorbed by the body. Unlike plant-based iron (or non-heme iron) that requires acid to be absorbed by the body, the iron found in red meat can be effortlessly utilized to maintain a healthier physique. Red meat is also rich in zinc which keeps the immune system working correctly. Consumption of red meat increases nerve and blood cell functionality via vitamin B12.

Best of all, red meat is rich in protein to help you build healthy bones and healthy muscles. In fact, beef is one of the most nutrient-rich foods. A single 3-ounce serving of lean meat will give you ten essential nutrients with only 180 calories.

So would you be safe by cutting meat out completely? 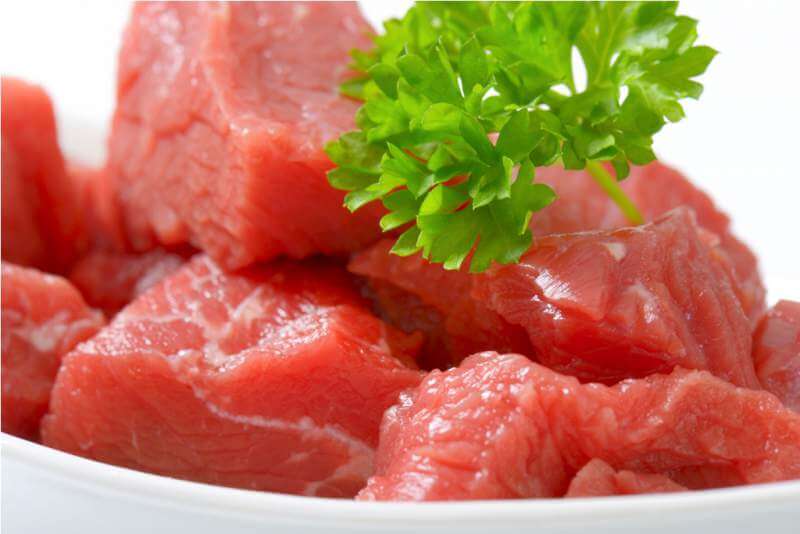 If vegans can do it, so can you. Cutting out red meat would help with cancer prevention and would reduce your chances of developing diabetes or heart disease. However, you need to be smart about what you eat. Since cutting out red meat from your daily diet may potentially increase your risk in acquiring protein and vitamin deficiencies, you will need to work extra hard to ensure that your body is running in tip-top shape despite the absence of red meat. However, the greatest hurdle you need to face head-on is the potential risk of iron deficiency. Iron deficiencies are more prominent in people who are pregnant, lactating or experiencing heavy menstrual cycles. Those who suffer from gastrointestinal disorders like ulcerative colitis, GERD or gastroesophageal reflux disease and Crohn’s disease are at an increased risk of developing iron deficiencies.

If you absolutely must eat red meat, the trick is to choose the type of meat you eat carefully. The leanest cuts like bottom round, filet mignon, and arm roasts will provide the necessary nutrients without going overboard on cholesterol and fat.

Frozen burger patties can contain as much as 50% fat. The healthier option is to purchase beef shoulder or ground chuck from the butcher, stuff it in a meat grinder, and fire up the grill.

Would I be Okay if I Give up Eating Red Meat? 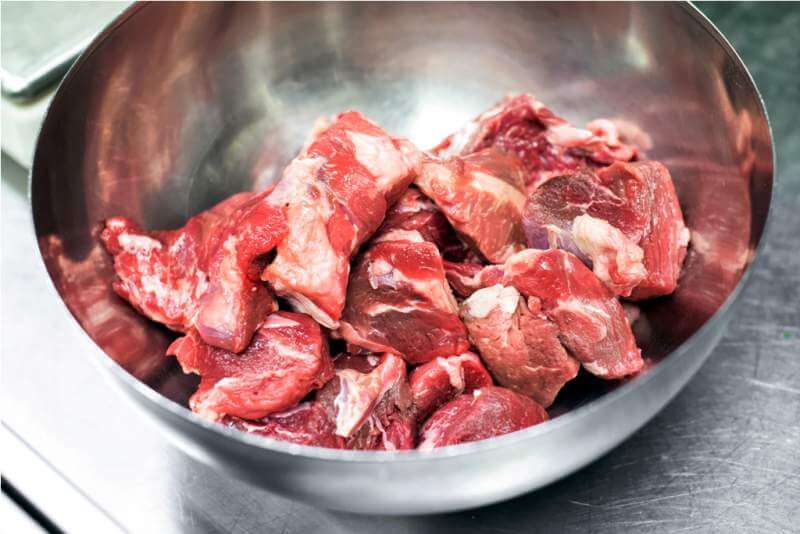 If vegans can do it, so can you. But again, you need to be smart about what you eat. Since cutting out red meat from your daily diet may potentially increase your risk in acquiring protein and vitamin deficiencies, you will need to work extra hard to ensure that your body is running in tip-top shape despite the absence of red meat.

But the biggest hurdle you need to face head-on is the potential risk of iron deficiency. Iron deficiencies are more evident on people who are pregnant, lactating or those who experience heavy menstrual cycles on a monthly basis. Those who are suffering from gastrointestinal disorders like ulcerative colitis, GERD or gastroesophageal reflux disease and Crohn’s disease are at an increased risk of developing iron deficiencies.

However, all hope is not lost. If you want to cut red meat from your diet but you don’t want to develop nutritional deficiencies, there are other forms of meat you can consume that are rich in heme iron like chicken liver, oysters, mussels, clams, canned sardines, turkey, fish, and chicken. Animal liver, in particular, is a big source of heme iron, though it doesn’t contain as much iron as red meat.

Conclusion
So, is it healthy to cut red meat out of your diet? The short and definitive answer is yes. By cutting out red meat, you will decrease your chances of developing diabetes, heart disease and colorectal cancer. However, again, be aware of the vitamins, minerals, and proteins that your body will lose if you decide to do so.

As long as you are aware of what your body is losing from not eating red meat, and you are readily compensating by eating other food sources that are rich in protein and iron, you are going to be okay.

1 thought on “Is it Healthy to Completely Cut Red Meat out of Your Diet?”