Fortunately, they are mostly mild ailments that, as we say, can be easily alleviated by adopting simple guidelines. Working with a computer with glass pc case into your daily life is bad while using long days. 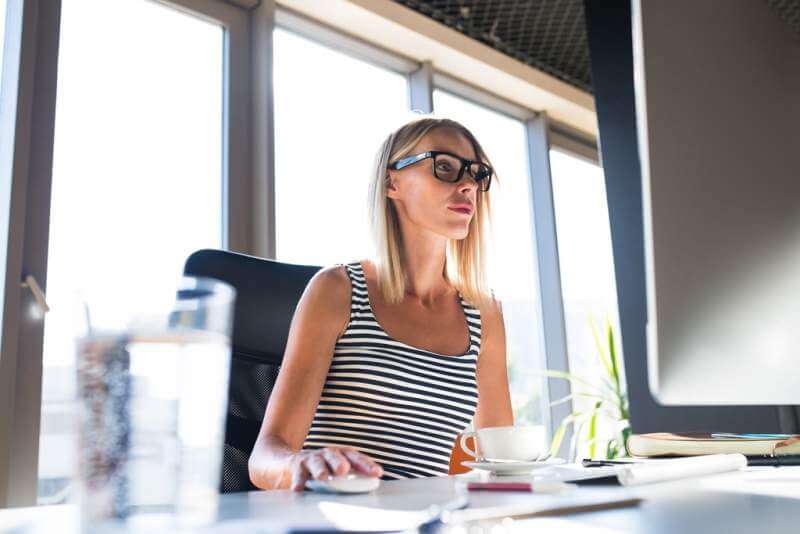 The eyes are probably the organ that suffers the most from the continued use of screens. Because it is not only a matter of working eight hours a day with the PC, but when you leave work you continue with your mobile, and then at home with your tablet or laptop, and at night with your TV … too many screens at the end of the day.

Thus, it is not uncommon for many of us to end up with red or irritated eyes, or with an annoying sensation of dryness. This happens because when we look at a screen we tend to blink less than necessary, so the eyes do not receive the necessary dose of hydration. It also influences the position of the monitor, or that there is heating or air conditioning in your workplace. When we put a screen in front of us, our eye has to make an effort to keep the focus up close for a long time. That effort can lead to what is known as asthenopia, or fatigue, of the eye.

The accommodative asthenopia is a consequence of the continued effort of the eye to sharply focus on what is before us it is a process similar to what occurs when presbyopia appears, also known as tired eyesight, in adults from 40 years the accommodation does not work well at all. On the other hand, when the eye is focused for a long time it blinks much less. That causes the tear, which is responsible for moistening the eye naturally, is distributed worse, causing dryness in the eye. At dryness in an eye it is necessary to add also another variable.

Several studies have confirmed that dryness occurs to an extent when we look at the screen of a computer at eye level. The particular effect has to do with the palpebral opening, the portion of the eye that leaves the eyelid exposed. When we look down the surface is much smaller, less tear evaporates from the surface of the eye and the dry eye appears.

When we are looking at the screen there are some rays caused by a series of emitters that radiate light to our eyes. It is a source of direct light to them. This causes heat, and a mild but sensitive heating on the surface of the eye that may accentuate the problems with the dryness of the eye. 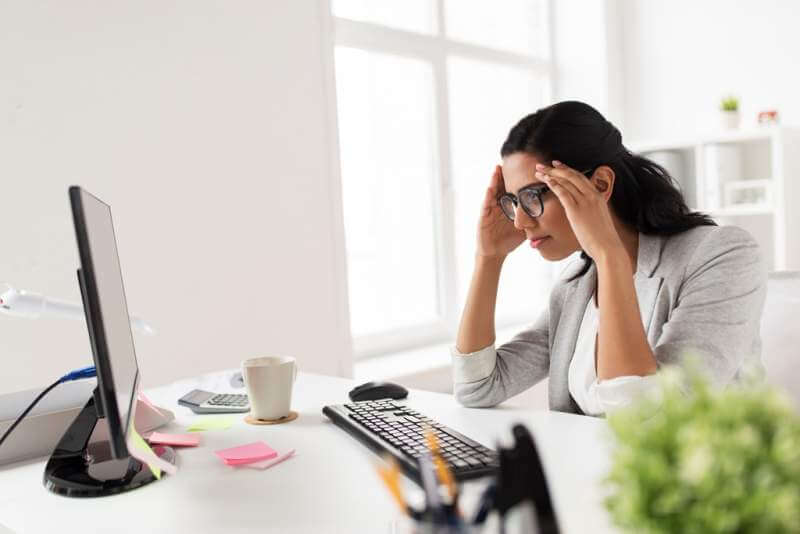 The fact that the eyes are one of the most affected by the work in front of the computer means that they can suffer more than one condition. Thus, in addition to red eyes, an excessive use of screens can produce visual fatigue. You’ll recognize it right away: it’s not just that the eyes are red or itchy, but also the tired notes, it’s as if they literally hurt you, like when your muscles hurt after a good workout session in the gym.

Because at the end of the day, the eyes are also controlled by muscles, and these are resented if we abuse them. And yes, spending too many hours in front of a screen is abusing the eye muscles. The eyes are relaxed if we look far away, but by constantly trying to focus on things close up we are demanding more effort. And after several hours, eye fatigue makes its appearance. 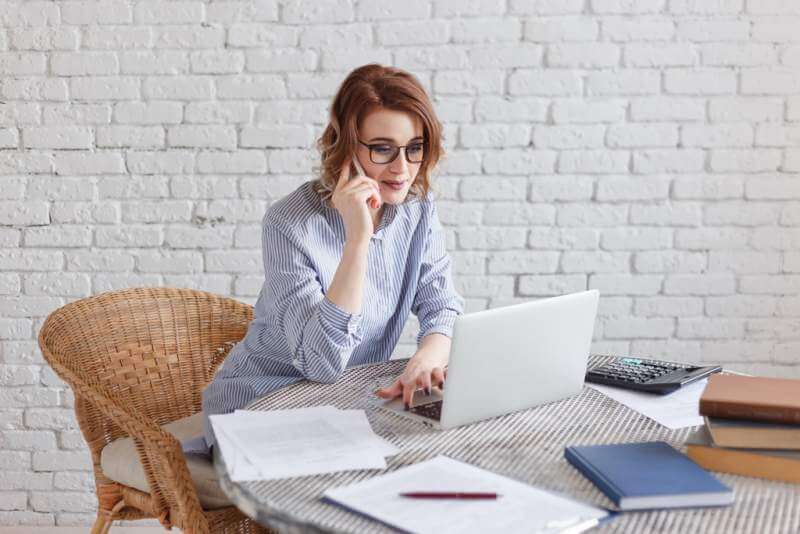 While it is clear that working with the computer is not the only cause of the sedentary lifestyle that many of us have, it is also true that some of the guilt is borne. And it’s not just the time you spend with him at work, but then, when we get home, many of us continue with more of the same.

These sedentary habits can have disastrous consequences for health: obesity (with all that implies), circulation problems and eventually such serious things as heart problems or diabetes. That is why it must be kept in mind. 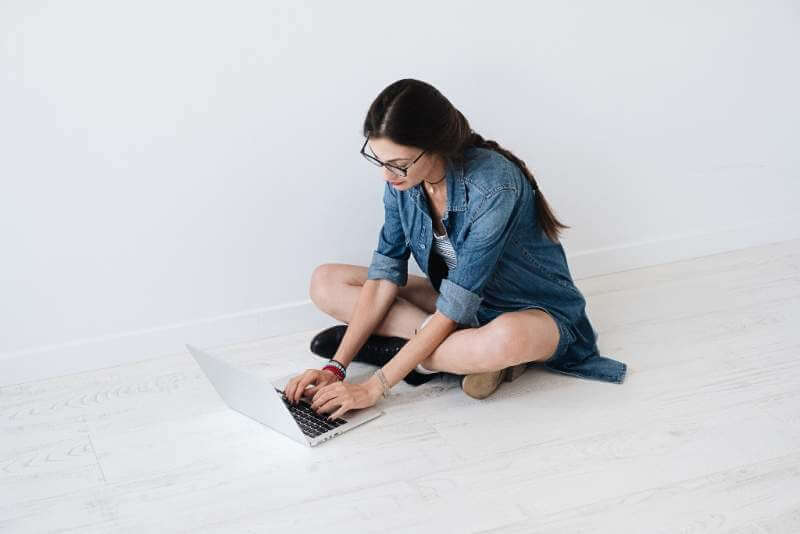 Sometimes the problem is not sitting for many hours, but how we are sitting. Because although it seems a very basic thing, not everyone knows how to sit correctly – let alone do it to work for several hours.

A poor posture can lead to all kinds of muscle ailments: back pain, neck, and shoulder, or numbness in the legs and arms are the most common, and can ultimately affect your performance. In general, the cause is found in the furniture we use, which is not the most appropriate, or in ourselves, that we do not adopt the correct posture. 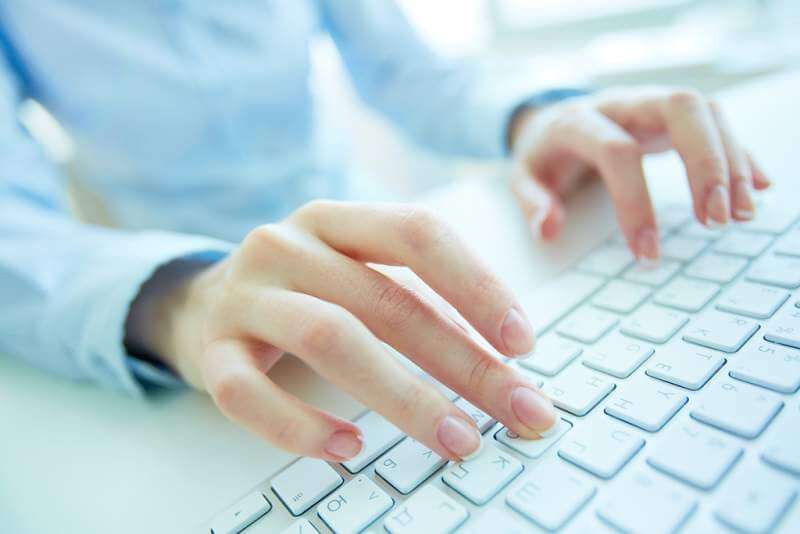 An element associated with the use of a computer is the execution of repetitive movements, such as when we use the mouse. If we do it in a forced position without realizing it, we can eventually cause injuries in tendons, nerves, muscles and other soft tissues of the body, and lead to ailments such as carpal tunnel syndrome . And the problem is not only the fact of repeating movements, but also of doing it in a non-ergonomic environment , where the furniture is not properly adapted or we ourselves do not know which is the best posture.

If you have any of these above symptoms, so it is best to go to the appropriate specialist. The idea is that you take some health suggestions by yourself as a way to prevent the health problems associated with working with computers. Because, if you have to spend eight or ten hours a day with the PC, at least do it in the healthiest way possible.

Make sure above all that the hand that handles the pc has all the forearm resting on the table, to avoid tension in the wrist, and the computer also makes smooth movements without too much force. Making frequent breaks at work, and taking advantage of them to do some stretching, will also help.