Cannabis plant has been used in medical purposes for thousands of years. The legend says that in the Ancient China, hemp was grown and used for food and hundreds of other purposes. It was only a matter of time before the Chinese discovered Cannabis and its medicinal benefits. Nowadays, the usage and acceptance of medical cannabis continues to evolve. Though there are still controversies regarding the plant and its medical effects, many countries around the world are making efforts to legalize its usage. In the US ever since California legalized cannabis for medical usage in 1996, the trend spread to a majority of the US states. So far, more than half of the states have legalized medical cannabis, but some didn’t stop there. The popularity spread to recreational usage, as well, which lead to legalization of the plant in nine states, with addition of District of Columbia.

There’s more to medical marijuana regulations than meets the eye. Since there’s no federal law which regulates medical marijuana in the US, each state has the right to develop their own rules regarding cannabis cultivation, distribution, and sales. Therefore, depending on the state in which medical marijuana is produced and distributed, regulations will be more or less strict. To this moment, there is some common information that needs to be included on medical marijuana label, regardless of the state. This information includes type of strain, weight, and warning statements. However, some states have special requirements. In recent years, Washington, California, Michigan, Oregon, and Colorado acquired a special, state-specific warning symbol that must be included on the label besides other required information. Not to mention that states are regularly updating their packaging and labeling rules. Therefore, cannabusiness owners must ensure that their medical marijuana product is aligned with the latest regulations and legal updates at all levels. As for the packaging, the common rule is that medical marijuana package needs to be child-proof and tamper-proof, but there are more legal requirements depending on the state.

Check out the following infographic and explore which US states have legalized cannabis for medical usage, and what are their labeling regulations. 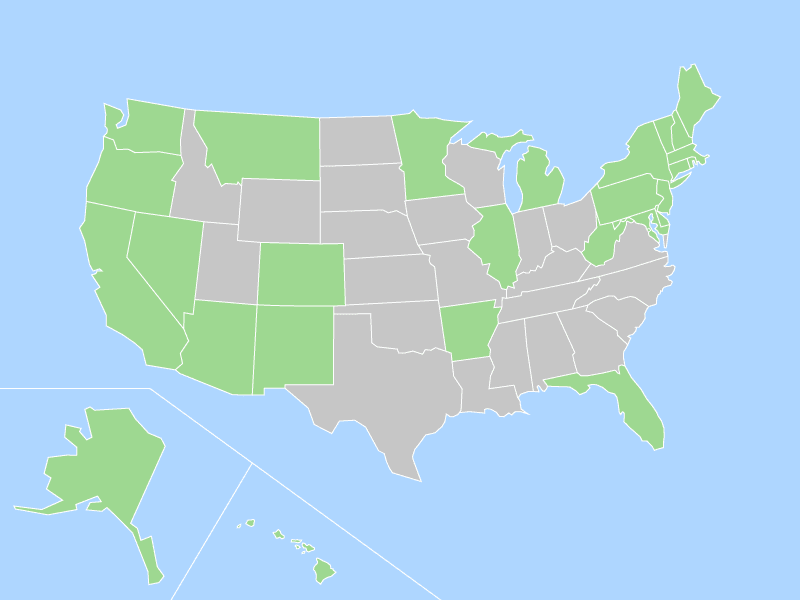