You might be suffering from a sleep disorder, but you’re not aware of it because, well, you’re asleep. We need someone close to us to observe this stuff and what’s happening to us during bedtime. 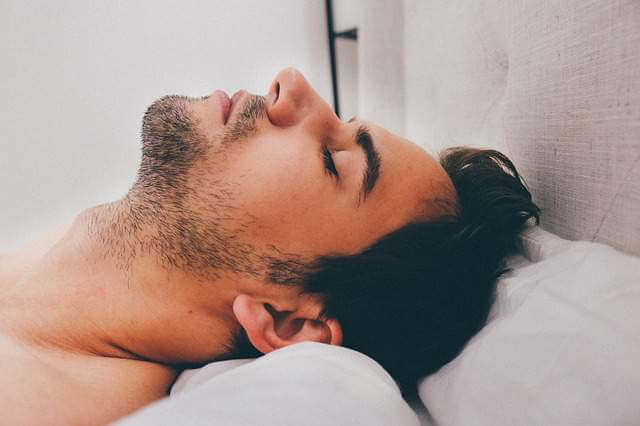 From mild to worse, here are some of the sleeping disorders we need to be aware of.

Snoring
Also called sleep apnea – is one of the most common sleep disorders. Sleep apnea affects almost 20 million Americans or 40-45% of the population, and 80% of people with this disorder may not even realize they have it. Snoring occurs when you aren’t able to move air freely through your nose and throat during sleep. It is when a person’s breathing stops for several seconds during the night due to blockage in the upper respiratory system.

We need to be aware if we snore because according to Harvard Medical School, snoring isn’t just annoying, but it also can kill us. Sleep apnea may be a very common disorder, but it is also one of the most deadly among many sleep disorders.

Insomnia
Habitual sleeplessness or inability to sleep, all of us know this as insomnia. If you’re struggling every night just to get few hours of sleep, you may be wondering if you have insomnia, and this is a complicated condition. Most people suffering from insomnia are sleep deprived, and this can lead to higher risk of chronic health problems like stroke, high blood pressure, and heart disease.

Insomnia is by far the most common sleep disorder with roughly half of all people having experienced symptoms occasionally. On study says 10% of Americans are reported suffering from chronic insomnia.

Hypersomnia
The very opposite of insomnia. Hypersomnia is a condition in which a person has trouble staying awake during the day. Individuals who are experiencing hypersomnia can fall asleep at any time. This is a very rare sleep disorder that is said only to affect 200 people in the world today. People who are suffering from this can sleep for 18 hours a day, and this can go on for days or even weeks. This sleep disorder can make a person gain weight and sweat profusely.

Exploding Head Syndrome
Exploding head syndrome is a parasomnia. Parasomnias are a category of sleep disorders that involve abnormal movements, behaviors, emotions, perceptions, and dreams that occur while falling asleep, sleeping, between sleep stages, or during arousal from sleep. This causes the person to hear a loud noise just before falling asleep. Some people have heard sharp, loud noises like crashing cymbals and exploding bombs near or even inside your skull. While these sounds are deafening and startling, they do not inflict pain or danger.

Sleep Walking
It is also called somnambulism. It is a behavior disorder that originates during profound sleep and results in walking or performing other complex behaviors while asleep. It is much more common in children than adults and is more likely to occur if a person is sleep deprived.  About 15% of adults at some time in their lives, walk around the house sometimes even outside in their sleep. Their night amble poses dangers as they do not have conscious effort in doing so. About 19% of sleepwalkers get injured from their scary escapades. Science has yet to discover the reason why people sleepwalk.

Sleep Eating
Eating is great, but doing it while sleeping is weird. Sleep eating is also called Night Eating Syndrome (NES), and individuals with NES are often obese or overweight, which makes them prone to health problems caused by overweight – including high blood pressure, high cholesterol, and diabetes. Individuals with night eating syndrome often have a history of substance abuse, and may also suffer from depression. They typically report being more depressed at night. People with this kind of disorder binge without being able to recall doing so what happened last night when they woke up.

Sleep Paralysis
Sleep paralysis is marked by the ability to not move the body when falling asleep or when waking up from sleeping. It is a phenomenon in which an individual, either during falling asleep or awakening, briefly experiences an inability to move, speak, or react. Though it is most common among young adults and people with a history of mental illness, sleep paralysis is actually a natural occurrence and can happen to anyone, despite the individual’s age. It’s probably related to being sleep deprived, so avoiding sleep paralysis might be as simple as getting better and longer sleep. Stress, depression, certain prescription medications, and, more recently, an inherited gene have all been linked to sleep paralysis, study says.

Research has shown that sleep paralysis is not dangerous, it does not cause physical harm to the body and there are no clinical deaths known to date. However, this disorder is still terrifying and traumatic. Most people who don’t experience this disorder advises just to be not afraid and what they’re seeing in their paralysis is not real, though this is not enough, this might be the best mindset we could have as of the moment. People suffering from sleep paralysis needs therapy for it is not a simple matter, neither a laughing stock and most especially a lot more sleep – which is hard for them because of the fear that they might experience paralysis again while sleeping. Anyone who has ever experienced this can tell you that it is effing terrifying and feels almost paranormal, rather than a typical sleep disorder. Sufferers share their frightening experiences in countless YouTube videos, Reddit threads, and sleep paralysis websites.

Sleep should be the most peaceful and restful part of our day, but if it is disturbed, be sure to look for ways on how to regain your supposedly the best amicable moments.
As a conclusion, the basic cure or remedy to these sleep disorders is sleep itself. Strange isn’t it? So be sure to take care of your health in daytime and night time and don’t hesitate to consult your doctor for advice and tips on how to fight these sleeping disorders.

Author Bio:
Ethan Wright is a health enthusiast who believes every great day begins with a good night’s sleep. He is currently a researcher and writer for Bedding Stock, an online retailer of gel memory foam mattress in the USA. When not wearing his writing hat, you will see him traveling to places with his journal