Don’t you think the food is one the best thing in our life? There are like millions of food variety out there to eat and choosing the right one for our health is the most important thing.

To keep our body healthy and to keep it maintained we eat healthy food and exercise regularly. If we don’t do so then our body get weak past a certain age and becomes home to many diseases.

Same is the case with our mind. What you eat has a great impact on your mind.

So, let’s check out some tasty and healthy foods that will make sure your brain stays healthy and alert for a long time to come. 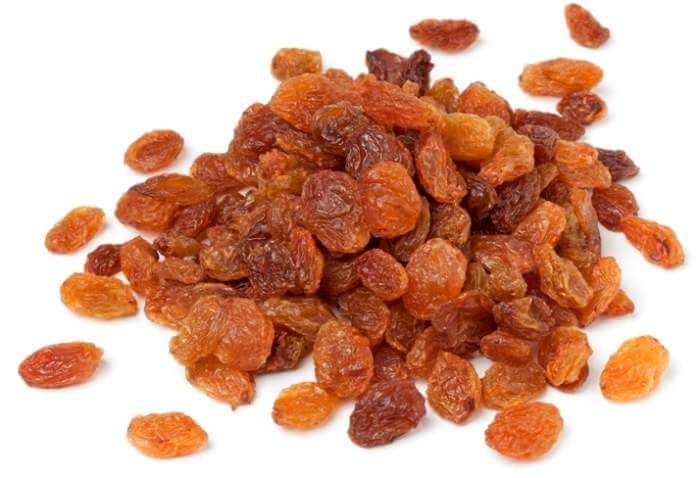 Raisins are an excellent source of boron responsible for improving your memory and concentration.

According to a study by USDA, subjects who took 3.2 mg of boron a day performed 10 percent better than others in concentration and memory test. Furthermore, it helps in keeping your blood pressure down. 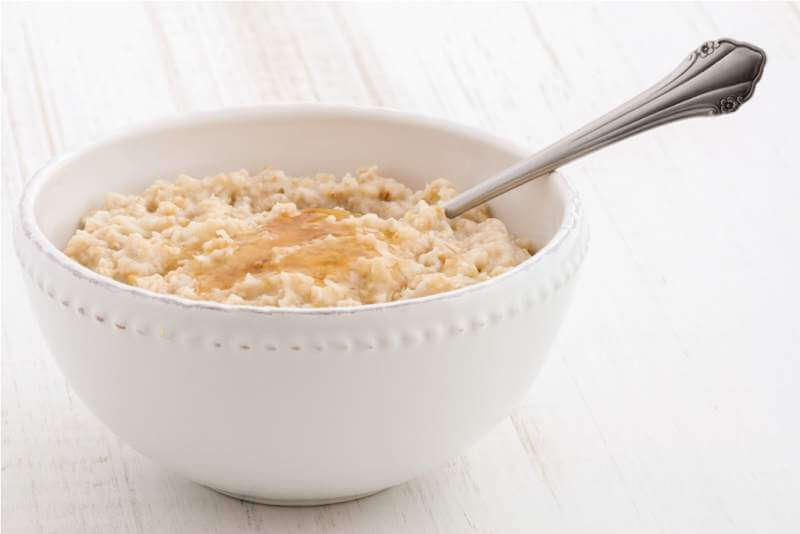 Oatmeal comes among the top recommendation by fitness and health experts when it’s about boosting your brain.

Oatmeal is a rich source of carbohydrates. Eating carbohydrates is like a shot of glucose (blood sugar) instilled in your brain. Your brain will have better memory and concentration when the amount of glucose is high in your blood. 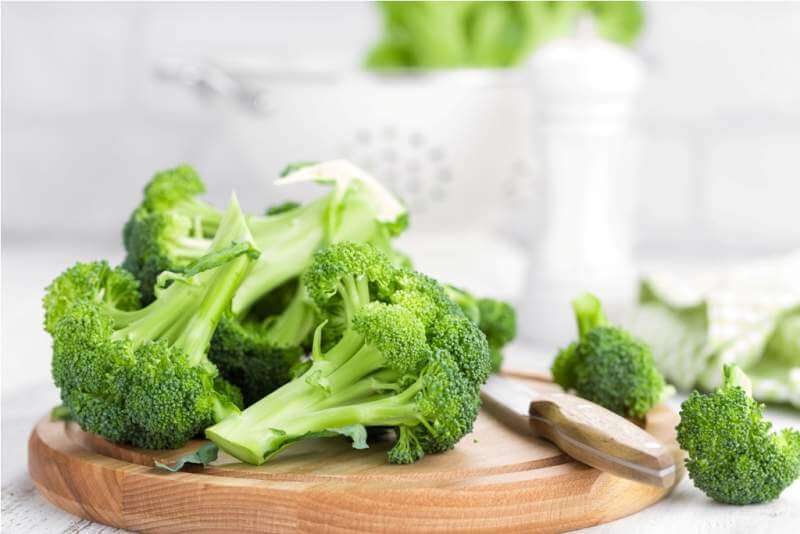 Broccoli contains the high level of choline and vitamin C which will make your memory sharp. It also contains lutein, a plant pigment that helps your brain to maintain the memory in good condition.

According to the study, broccoli contains a compound called sulforaphane that stimulates the repair and renewal of brain tissues. 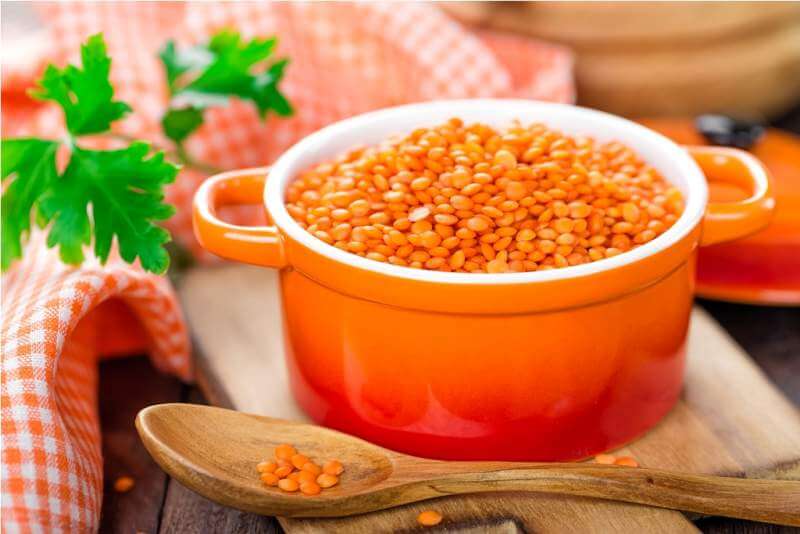 Lentils are not only packed with high protein, but they also have a considerable amount of folate. It is incredibly important for keeping your brain sharp as you age.

Lentils inject a steady stream of glucose into your brain. Glucose and sugar are the basic fuels that your brain needs daily to keep it in an optimal shape.

Beet or beetroots contain the high concentration of nitrates. When consumed, gets converted into nitric oxide which increases the blood flow to the brain.

Higher the blood flow to the brain, better is the cognitive function, motor controls, and other brain functions. These traits are often found in younger individuals. 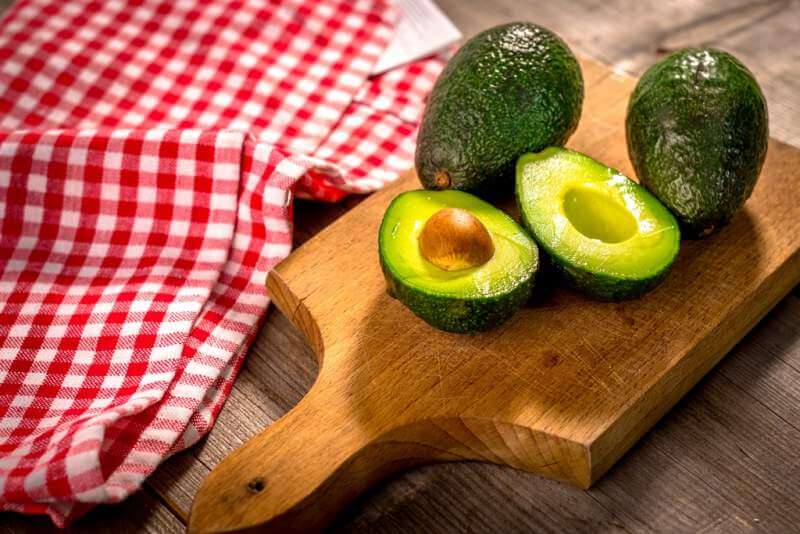 A quarter of an Avocado a day can give you considerable benefits. Avocados are not only delicious, but it is also a great package of nutrients.

It contains folate and vitamin K which helps to prevent blood clots in the brain. It also improves cognitive functions like concentration and memory. 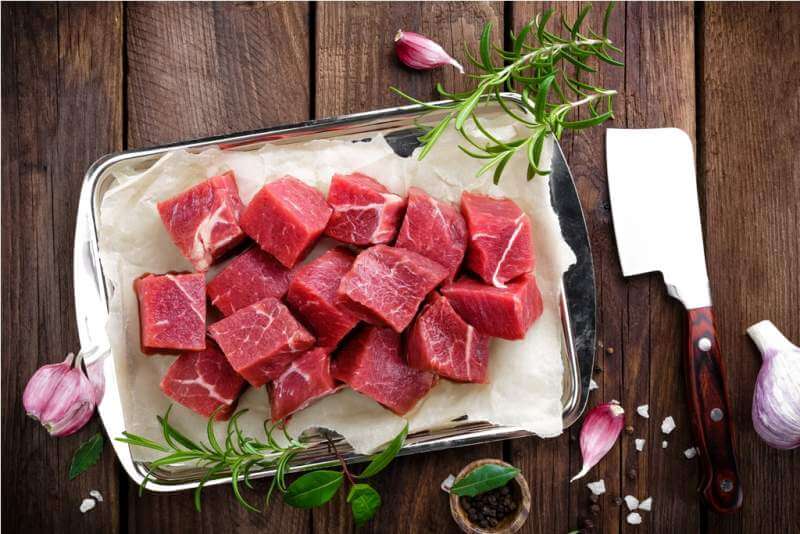 It is also a good source of creatine. Our muscles require energy to work, the same way our brain also requires energy to perform various operations like thinking, performing logical operations, etc. creatine provides this energy to our brain. 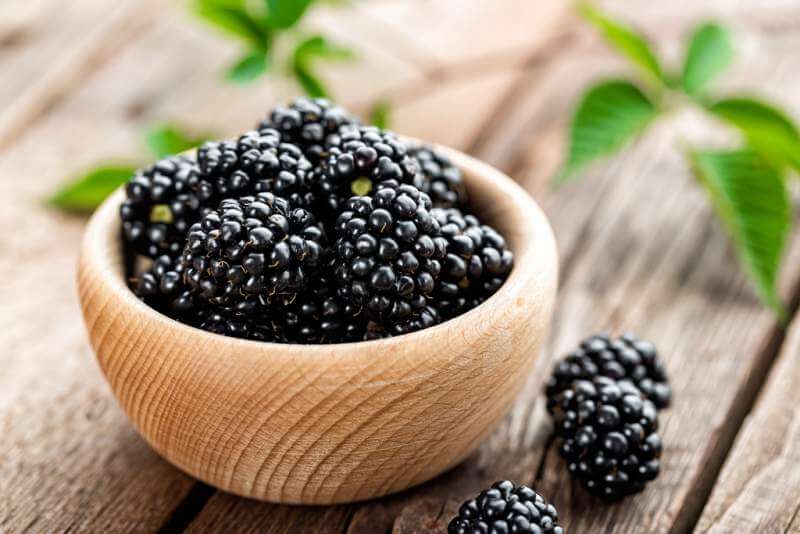 According to a study, the consistent diet of blackberry improves short-term memory drastically. They also make sure that your brain stays healthy even beyond your 70s. 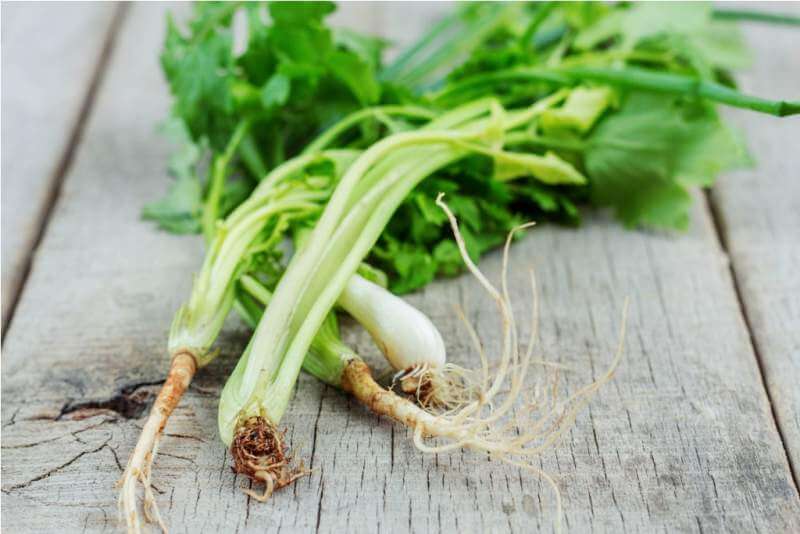 At first, you might think celery don’t have much of a big impact on your brain. Well, know that you are underestimating its power.

Celery contains a flavonoid called Luteolin. Luteolin lowers the risk of heart disease and cancer. It fights aging process in the brain by reducing inflammation. 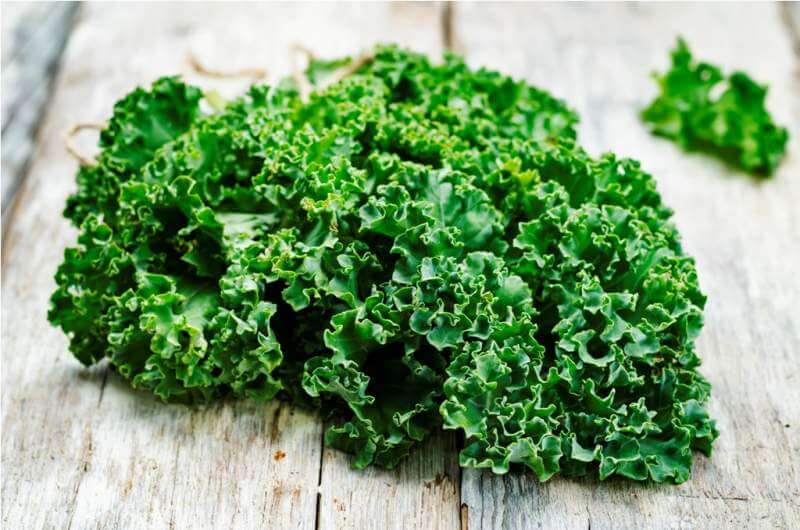 Kale is one of the best out of all green leaves. It has more minerals, vitamins, and other nutrients than any other food.

It contains a pre-vitamin A called beta-carotene. When consumed beta-carotene gets transformed into vitamin A which improves brain functions. It also prevents 3 major brain diseases named ALS, Alzheimer’s and brain cancer. 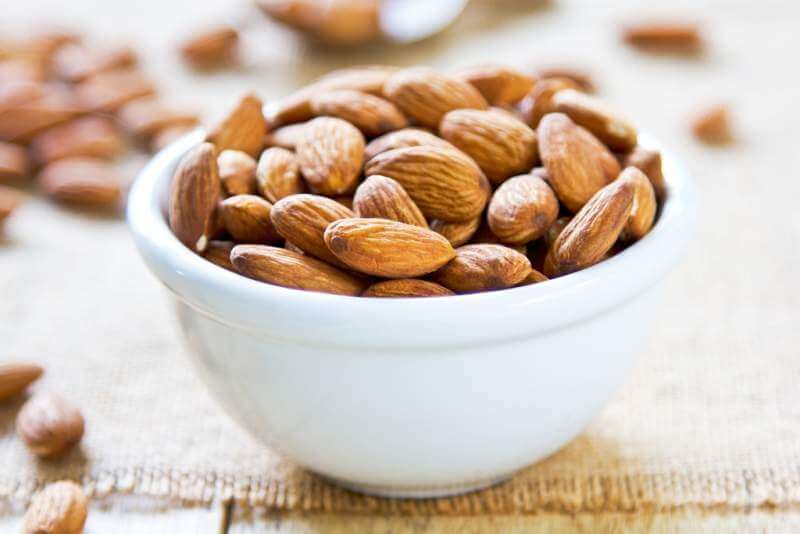 When it comes to boosting your brain power, almond is basically the first food that will come to your minds. Almonds are packed with the variety of minerals and vitamins.

Vitamin E present in almond boosts your cognitive functions, alertness, and memory. Almonds also help in reducing the risk of inflammation that can cause dementia and Alzheimer’s disease. 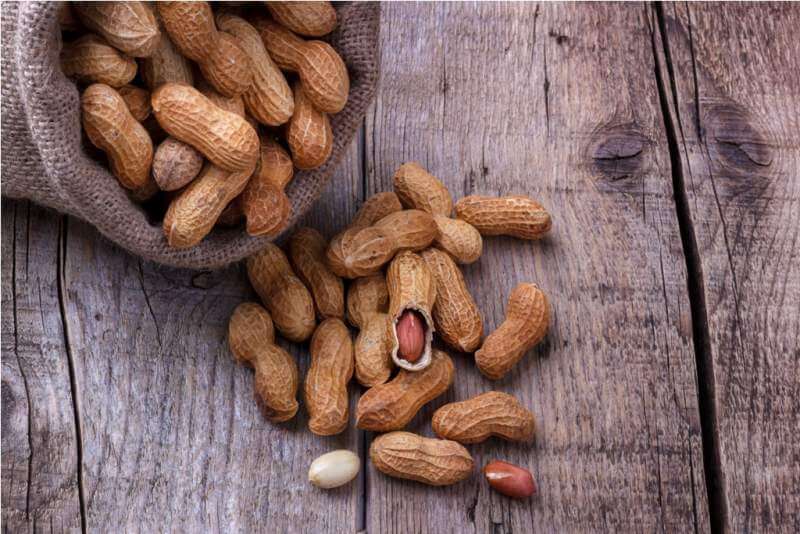 Peanuts are especially known for their great source of protein. They are loaded with various minerals, vitamins, and protein.

Protein is responsible for manufacturing two important neurotransmitters for brain called norepinephrine and dopamine. These two are responsible for providing energy and improving alertness. 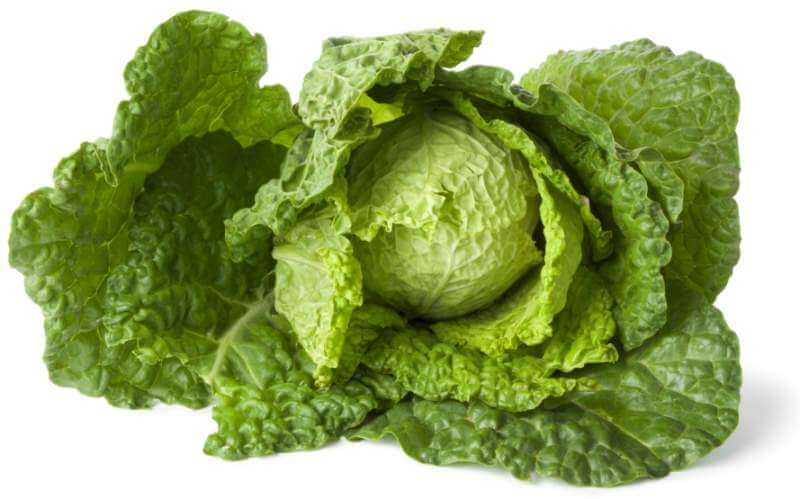 Wow! Don’t you think lots of green veggies are here to save your brain? They are so packed with many nutrients that our body needs on daily basis.

It contains vitamin K which protects your brain from nerve damage and improves nervous system. It has a rich antioxidant named Anthocyanins that supports entire nervous system and brain.

Among these numerous nutrients, one vital nutrient responsible for the healthy mind is resveratrol. It helps boost cognition system of the brain and keeps it sharp.

Wild Salmon is so good for the brain that it comes among the top brain foods.

Our brain is made up of 60% of fatty acids. Among this 10-15% is DHA (Omega 3 fatty acids) which Wild Salmon provides us. They are responsible for supporting nervous cell system and also reduces inflammation. 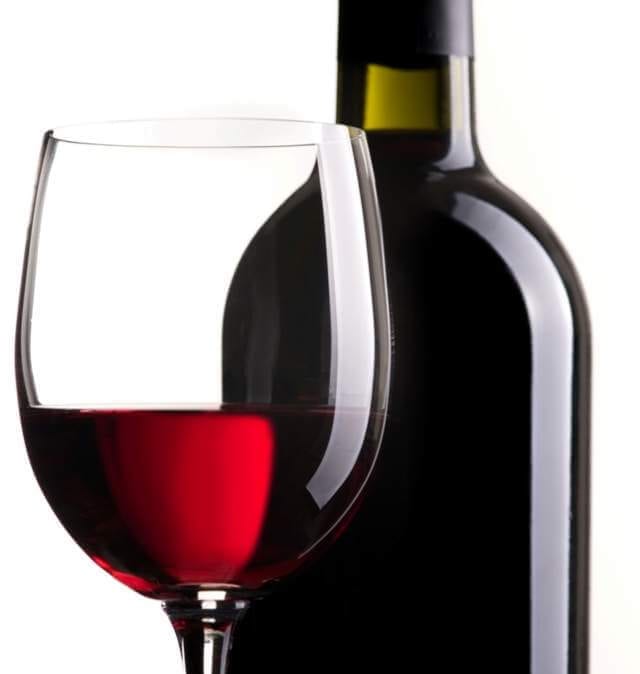 According to a study in Alzheimer’s and Dementia, drinking a glass of red wine every day keeps your brain in the healthy shape. Now, this is awesome, right?

Resveratrol present in red wine protects the brain neurons. They slow down the aging process. Also, one drink a day reduces the risk of mental decline. 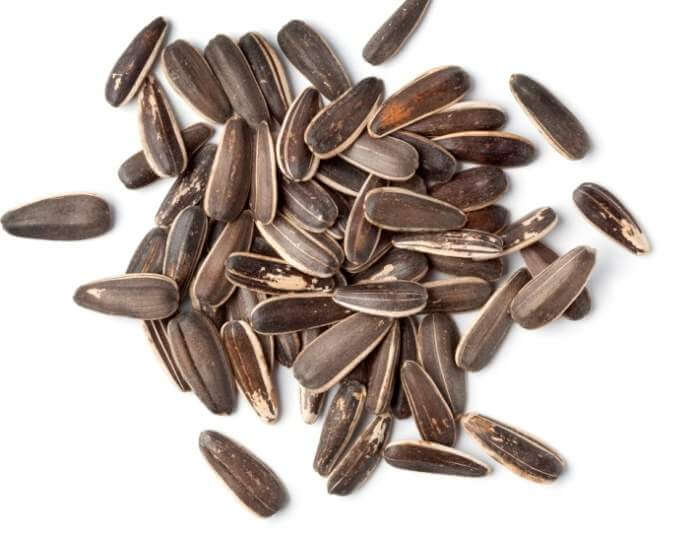 Sunflower seeds are loaded with heavy nutrients that are essential for our brain. It is also a rich source of vitamin E. 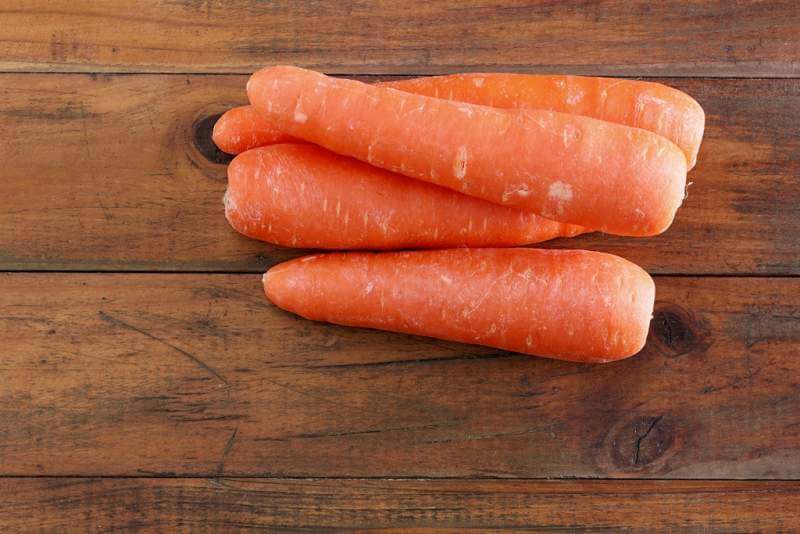 We know that this food helps out our eyes. Its benefits are not only limited to our eyes, but they also have a great impact on our brain. 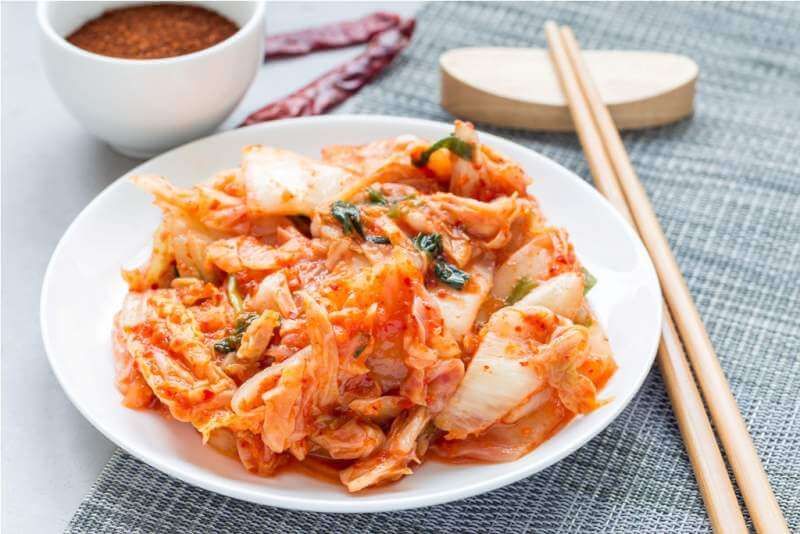 Kimchi is traditionally found in Korean diets. Basically, it is a fermented cabbage dish.

This probiotic food has a great impact on guts that means it is beneficial for our brain as well. It reduces the central nervous system’s inflammation which results in better brain health and memory. Olive oil is a significant source of vitamin K and vitamin E.

Vitamin K found in it boosts your brain’s processing speed and keeps your brain sharp. Veggies are filled with so many vital nutrients that are necessary for the brain.

Potassium and vitamin K found in chard are responsible for mental development. Chard contains nitrates which improve blood flow to the brain which boosts your brain’s performance.

So, you must have already figured out that rosemary is known for improving your memory. It stimulates the blood flow to your brain which strengthens your concentration and memory. Many think adults can’t learn new things like children can. Well, they are somewhat right because learning ability depends upon neuroplasticity. Coconut oil is like an all-rounder food. It has many benefits for our health. It provides essential fats to your brain. Eggs provide the vital elements that are necessary for the brain: choline and vitamin D. They keep your brain’s health in tip-top shape.

Eggs are also a rich source of protein. Quality of protein found in an egg is the highest among any food. Protein maintains a stable blood glucose level which further provides energy to your brain and improves cognitive functions. Walnuts come at the top position for brain health among other nuts. They have a high concentration of DHA which is a type of Omega-3 fatty acid.

DHA improves cognitive performance and prevents age-related cognitive decline. A quarter cup of walnuts can give you roughly 100% of the daily required intake of DHA. Studies have shown the decline in depression, and improvements in memory and learning ability. The antioxidant power of blueberries is responsible for such effects. Turkey contains tyrosine, a type of amino acid which is responsible to maintain the level of dopamine inside a brain.

As per the research performed by U.S military researchers, soldiers who’d consumed tyrosine-rich food an hour earlier before the memory and multitasking test performed better than others. Coffee is like all-time favorite food for many people. Just like blueberries, coffee also has the high content of antioxidants leading to better memory functions and better brain performance.

The caffeine contained in coffee leads to a disruption of neurodegeneration, neuro function, and dementia. It also slows the process of Alzheimer’s. Similar to spinach and kale, dandelion also has the highest amount of lutein. Therefore, they are worth adding into your food bucket. Pumpkin seeds are loaded with zinc. Just a handful of pumpkin seeds is sufficient for your daily recommended intake.

According to a research by DUMC, zinc plays a critical role in maintaining communication between brain. As a result, increasing memory and cognition significantly. 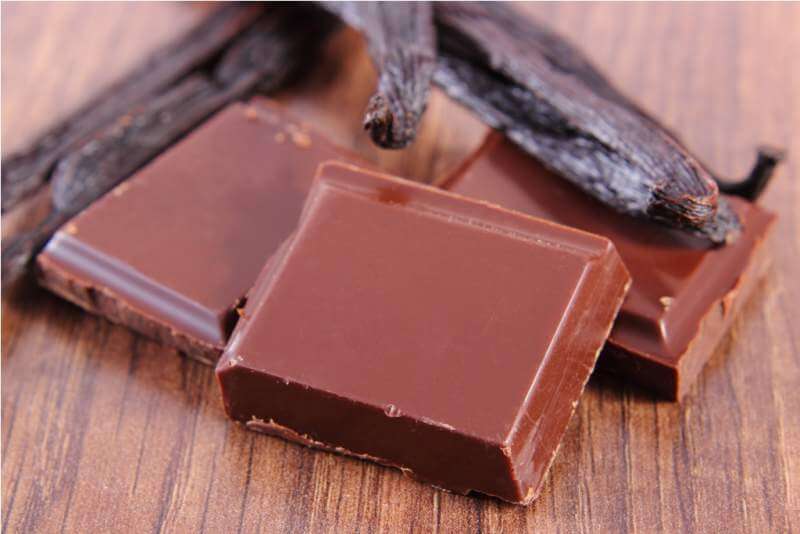 I bet you didn’t expect this in the list, did you? Consumption of strawberries is a simple way to improve cognitive function. According to a study, adults who had consumed strawberries at least once per month showed the less cognitive decline.

It also maintains and improves memory, learning, and motor functions even beyond your 60’s. This is one of the oldest remedies in the history of mankind. It is an excellent source of vital fatty acids, which improves the overall brain function.

Finally, your mind is loaded with the plentiful dose of essential superfoods for the brain. So, pick out your favorite foods, make a proper diet plan and start taking them regularly with your daily intake. These superfoods not only take care of your brain but also reduce the age related body aches, such as lower back pains and muscle pains.

About the Author:
Jessica, a registered dietitian,a wellness guru that loves to read, research and write. A fitness freak who believes in healthy living and doesn’t like to miss her yoga. When not reading she can be found relishing her favourite foods.